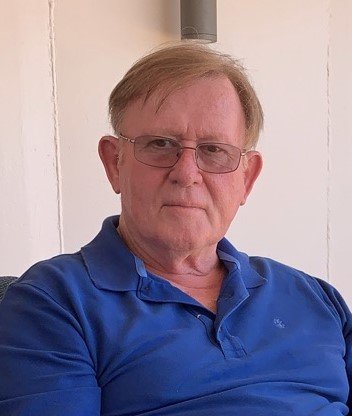 MACINNES, Carl Ivan – Of Conquerall Bank. Aged 76, died May 4, 2021 surrounded by his loving wife and family after confronting a long battle with Parkinson’s Disease. Carl had a zest for life, and cherished having family and friends around him. Carl was born and raised in Bridgewater, NS; but in his early years worked in Ontario. Carl came back to his beloved community of Bridgewater and opened Mac’s Mini Mart. Carl was an entrepreneur, and he evolved his business by becoming an owner operator of McDonald’s restaurant in Bridgewater in 1983. He opened his second restaurant in Liverpool in 1995, and later a third, in Walmart. Carl was very proud of his team and worked fondly with his McDonald’s family for 25 years before retiring in 2007.

Born November 21, 1944, Carl was a son of the late Ivan and Sylvia (Wambolt) McInnis, and is survived by his wife, Colette; son, Alan (Tracey), Bridgewater; stepson, Kyle Connolly, Chester; brothers, Ralph, Newtonville, ON; Cyril (Florence), Bridgewater; grandson, Brodie, and step-grand / great grandchildren in Ontario. Besides his parents, Carl was predeceased by his first wife Joanne and their son in infancy, Rodney Lloyd; and sister-in-law Sandra (Ralph).

Carl’s appetite for life was insatiable, he was a long-time member of the Bridgewater Kinsmen Club, LaHave River Yacht Club, Lunenburg County YMCA, Masonic Lodge (being Past Master of Acacia Lodge No. 39), as well as the Crossburn Snowmobile Club, Bridgewater Curling Club, and Bridgewater Fire Department. Carl valued camaraderie and fellowship. He loved snowmobiling, four-wheeling, fishing, hunting, with many trips to the camp, and had a deep love of the water. Carl enjoyed yacht racing aboard Ocean Commotion in Nova Scotia, Bermuda, New England, and casual boating with friends. Carl loved to travel, especially wintering in Cape Coral, Florida with Colette, and his many friends. Carl always looked forward to the annual golf trip with the guys which was guaranteed to be fun and eventful.

A Celebration of Life will be held 2 p.m., Friday, September 17 in Bridgewater United Church, Bridgewater.  In lieu of flowers, donations in his memory may be made to Parkinson Canada, or Ronald McDonald House Charities Atlantic. Arrangements entrusted to Sweeny’s Funeral Home, 35 York Street, Bridgewater, where on-line condolences may be made by visiting www.sweenysfuneralhome.com.

Share Your Memory of
Carl
Upload Your Memory View All Memories
Be the first to upload a memory!
Share A Memory