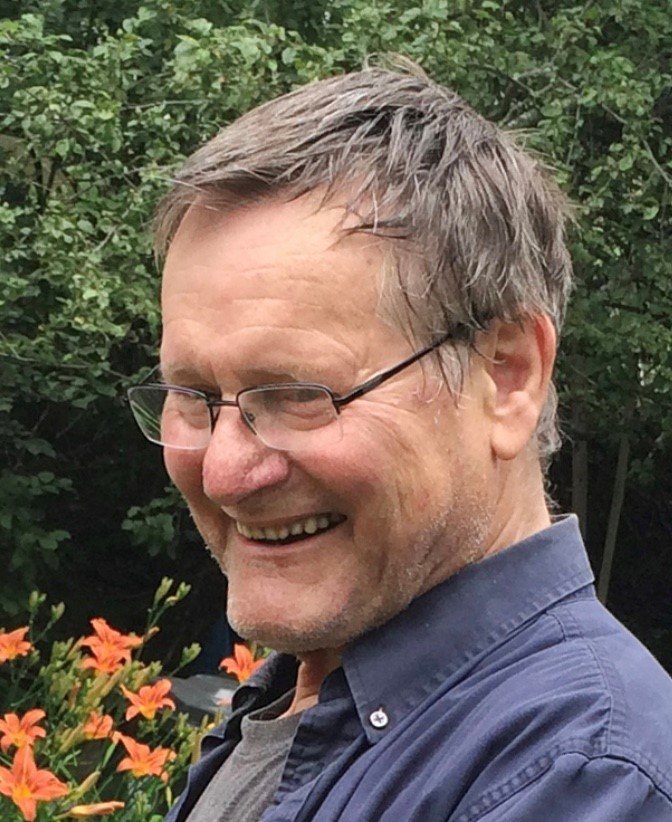 It is with deep regret that we share news of the passing of Ludwig Carl Walter Scharfe. There are no words to describe the profound sadness we feel collectively as friends and family during this most difficult time.

Born March 28, 1938, in Bielefeld, Germany, Ludwig passed away peacefully on June 30, 2021 with his friend and companion, Mae Berggren, by his side at the South Shore Regional Hospital in Bridgewater, Nova Scotia after a short illness.  He was predeceased by his parents Walter and Margarita and is survived by his older sister Ursula Scharfe of Bielefeld, Germany.

Although an aspiring trumpet player, in 1961 Ludwig applied and was accepted at the Meisterschule für Graphik und Buchgewerbe (later the Universität der Kunst Berlin) where he studied calligraphy, drawing, typography, photography and printing.  Following graduation, he left Europe for an adventure traveling by boat from Rotterdam to Canada.  While in Toronto, Ludwig met and was hired by Tony Mann, the creative director of the type house Cooper & Beatty, and he carried on as a designer at Design Collaborative, at Newton Publishing, and at Hiller Rinaldo.  In 1972, he was invited to teach at the Nova Scotia College of Art and Design where he would influence generations of undergraduate students with his design courses and his worldly advice to "take opportunities".

Following retirement in 2007 Ludwig traveled frequently throughout the Maritimes to visit with friends, collect folk art, and gather materials to rebuild his cottage that he shared with Roxanne Marie Gauthier overlooking the inner Miramichi Bay in New Brunswick.

Ludwig loved coastal sailing and boats of all kinds.  He was a long-standing member of the Armdale Yacht Club in Halifax and during his active sailing years he was often seen working on his wooden sloop and love of his life: TENERIFE.  When he wasn’t out on the water, he was reading sailing articles or studying nautical charts for future adventures.  He was drawn to the sea like no other, so the Maritime provinces were a perfect fit for him.

A generous spirit and critical conversationalist, Ludwig will be greatly missed by his many friends in Canada and abroad who knew and loved him. Ludwig will be buried at the Big Rock Cemetery in Bloomfield, New Brunswick.

A Celebration of Life for Ludwig will be announced at a later date.

A Memorial Tree was planted for Ludwig
We are deeply sorry for your loss ~ the staff at Sweeny's Funeral Home Ltd. - Bridgewater
Join in honoring their life - plant a memorial tree