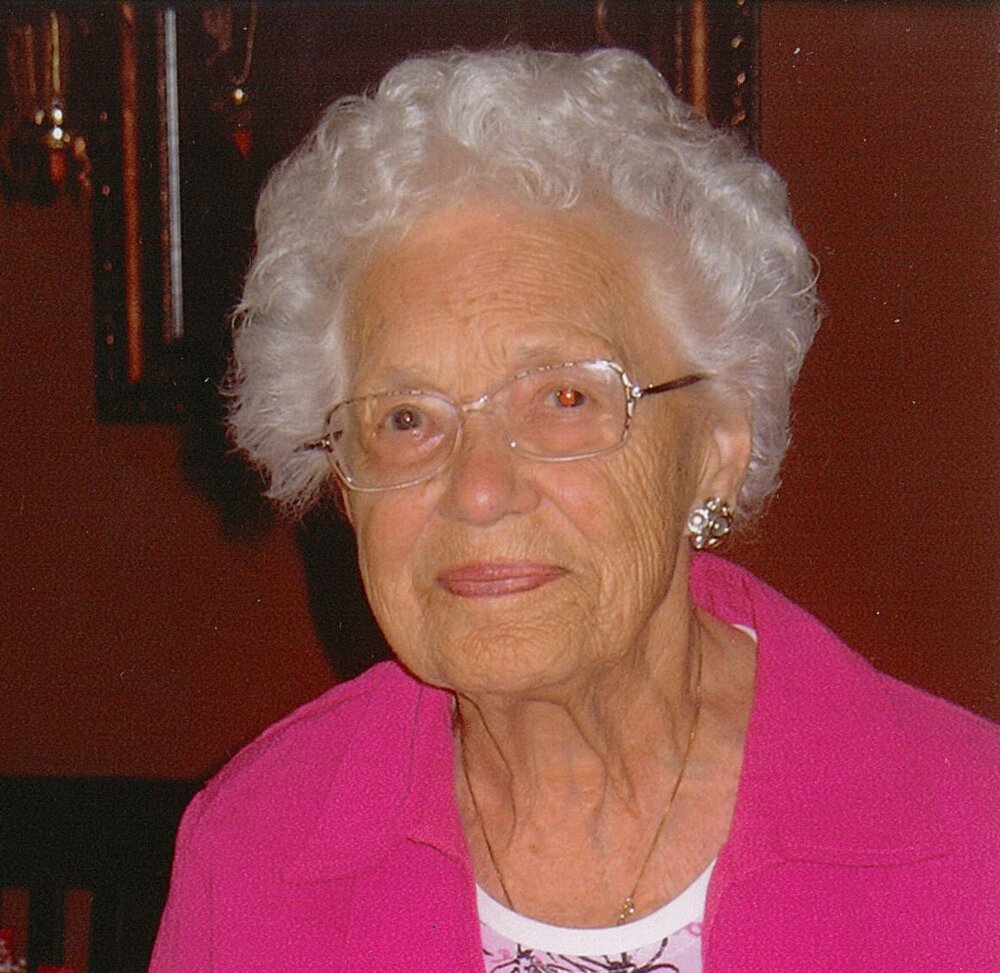 MACKENZIE, Hilda Mary – July 2, 1915 to September 1, 2021. The family and friends were saddened by the death of Hilda at Harbour View Haven Nursing Home, Lunenburg. Hilda was born in Yarmouth, the daughter of the late Adolphus and Jessie (Surette) Golden and inherited the best of her Irish and Acadian ancestral genealogy.

She moved to Bridgewater as a young child of 8 years old, following the death of her mother and was raised by her uncle and aunt, Mr. and Mrs. Edward Golden.

Her husband Bernard Linton MacKenzie died November 27, 1954. He was the founder and proprietor of MacKenzie Bus Lines. She was a loving and devoted mother to her daughter, Linda and her son-in-law, James (Kie) MacIsaac of Halifax and Pleasantville, Lunenburg County.

Blessed with a cheerful, patient and kind disposition, Mother MacKenzie was greatly loved and respected. She was a great source of strength, encouragement, and comfort to her family. She was affectionately referred to as “The Reverend Matriarch” of our family and took great pride in her grandchildren, great grandchildren and great great-grandchildren.

Her granddaughter is Trish Bryson and husband, Chris of Braeside, Ontario. She is “GG” to her great grandchildren, Craig (Caitlin), Cory and Jessie Bryson. A new generation came into her life on July 2018, when Kennedy Grace was born and on March, 2021 when Avery was born. Her grandson, Scott MacIsaac and his wife, Kim live in Burlington, Ontario.

Hilda was the last surviving member of her family; two sisters, Jean Richard formerly of British Columbia; Catherine Sibly formerly of Digby, NS; and brothers, Arthur, Kenneth and George Golden. Hilda was an active member of Saint Joseph’s Parish, Bridgewater and participated in all church activities – choir, religious teacher, Catholic Women’s League, Parish Council, Lay Lector and contributed to all phases of church development. She was recognized for her significant contribution by Bishop Hayes and was granted a Medal of Distinction in 1984 for commitment to the Archdiocese of Halifax. She contributed to many community activities as a volunteer at the South Shore Regional Hospital, the Food Bank and Meals on Wheels. Mother MacKenzie was a resident of Harbour View Haven for the last 7 years. We are most grateful to all the staff who went far beyond their duty to provide quality care in a sensitive and caring manner.

Funeral arrangements are under the care and direction of Sweeny’s Funeral Home, 35 York Street, Bridgewater. Mass of Christian Burial will be held on Wednesday, September 8, 2021 at 2 p.m. at Saint Joseph’s Catholic Church, Bridgewater. Please call Sweeny’s Funeral Home (902)543-2587 if you plan on attending the service. Burial will be in Brookside Cemetery, Bridgewater, beside her husband at a later date. In lieu of flowers, donations may be made to the South Shore Regional Hospital Foundation, Saint Joseph’s Parish, Saint Vincent de Paul Society; Harbour View Haven Nursing Home, Lunenburg, or a charity of choice. The family would like to thank Dr. Raymond and all the staff, particular Back Harbour Square. On-line condolences may be made by visiting www.sweenysfuneralhome.com.

Share Your Memory of
Hilda
Upload Your Memory View All Memories
Be the first to upload a memory!
Share A Memory