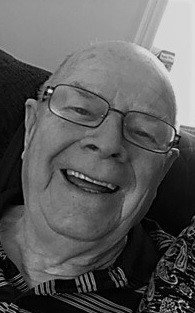 It is with heavy hearts that we announce the passing of our father and grandfather Peter on August 21st, 2019. Born in St. Kyran's, Newfoundland on May 13th, 1933. He was the son of the late Patrick and Maggie Lake (Fewer) of Dunville, Newfoundland. He is predeceased by his loving wife Loretta Lake; brothers, John (Loretta); Thomas; sister, Madeleine. He was the father of five: Leslie (Chris), Debbie Savory (Clayton), Joe Lake (Allison), Julie Mills (Peter), Kevin Lake (Shannon). Grandfather of six: Michael Robar (Erin), Morgan Lake, Noah Mills, Chloe Mills, Olivia Lake, and Ashley Mullen (Blake).  Great Grandfather of three: Austin, Brookland, and Gauge.  Peter also leaves behind his brothers, Jerome (Loretta), Aloyius (Hannah), his sister-in-law Stella and his many nieces and nephews whom he loved very much.

Peter was a man who touched many hearts and was always ready to lead a helping hand. He started fishing in NFLD at the age of 17, before moving to the mainland.  He took 'a chance' when he didn't even know what it meant.  That 'chance' was to go fishing on deck and later dad worked his way up to being one of the best engineers on the scallop fleet in Lunenburg.  He then took another 'chance' when he landed the job of engineer for the (BIO) Canadian Coast Guard for 13 years. While he was physically away from home, his heart and presence were always felt. Dad decided to retired at the age of 64, but it wasn't long before he got bored at home, so he volunteer for 15 years with the Ground Search and Rescue of Lunenburg County. Being a self taught engineer he was always ready to tackle any obstacle thrown his way. Dad was always ready with a joke at hand and had an infectious sense of humour. He was the definition of a family man and had only love to give to all.

Visitation will be held on Friday, August 23rd from 7:00 pm to 9:00  pm at Sweeny's Funeral Home, 35 York Street Bridgewater, Nova Scotia.  A memorial mass will be held at 11:00 am Saturday August 24th at St.  Joseph's Roman Catholic Church, Bridgewater, Nova Scotia.  A  reception will be held following the service in St. Joseph's Parish Center.   Interment will be held in Brookside Cemetery, Bridgewater following  the reception.  Donations can be made to Lunenburg County Ground  Search and Rescue or Canadian Heart and Stroke Foundation. Family  flowers only please. The family would also like to thank the staff at Queens General Hospital in Liverpool, Nova Scotia.   On-line condolence and donations may be made by visiting www.sweenysfuneralhome.com