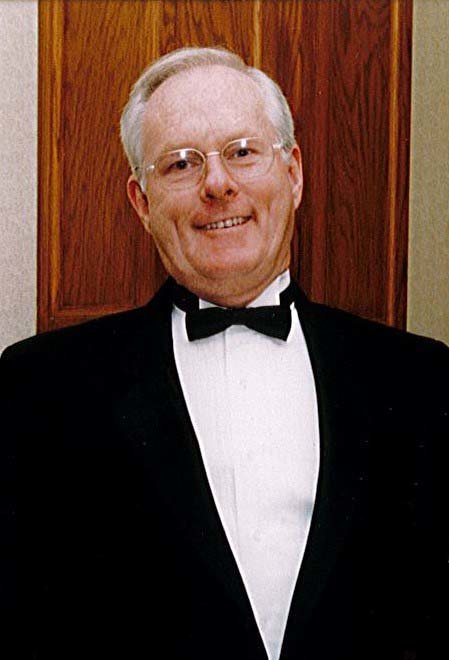 It is with great sadness that the family of Hugh Joseph Wilson, 75, of Pentz, announces his passing on Monday, May 17, 2021 at the South Shore Regional Hospital with his loving wife and daughter by his side.

Hugh was born in Saint John, New Brunswick where he attended Saint Vincent School for Boys until grade 9. In 1959, the late Joseph Arnold Wilson and Mary Carmela (McGuire) Wilson relocated their family to Bridgewater. Hugh graduated a proud Viking from Bridgewater High School and held the title of Nova Scotia High School Curling Provincial Championship in 1962, he then proceeded to St. Mary’s University where he studied business.

Hugh’s career started as a successful salesman for Maritime Tel & Tel, travelling the Maritimes for 10 years. In 1983, Hugh became a stockbroker with Dominion Securities, where he found his passion for the financial industry. Hugh later returned to Bridgewater with his family, where he joined his dad as an investment advisor at Merrill Lynch Inc. In 1991 he became the regional Director for Midland Walwyn Inc, where he was responsible for recruiting and securing many successful advisors to the industry. In 2000 he became the Manager of the local Merrill Lynch branch. During his years in the financial industry, Hugh earned many designations and awards, but he was most proud of being a member of the Charles E. Merrill Circle. Hugh was very proud of the team he built and was especially proud of his Bridgewater team.  After 31 years in the financial industry, he retired from CIBC Wood Gundy in October 2014 as a Senior Vice President.

Hugh was a large part of his community as well. He enjoyed fundraising and providing opportunities for people in his community. He was the President of the Bridgewater Tennis Club for many years; he was a member of the Osprey Golf Club and Bridgewater Curling Club and was passionate about the many tournaments he organized and participated in. He was most proud of the Curling Bonspiel that he organized The Blue-Chip Trail Curling Tournament. Hugh was also a large part of providing corporate sponsorships for the Bridgewater Lumberjacks Hockey Club until 2014. He also sat on the board for the Bridgewater Day Care.

Hugh was more than a successful businessman. Hugh had a real love for family and life. He enjoyed a good racquetball or tennis match, he enjoyed fly fishing, golf, curling; was a classic Porsche lover, world traveler, avid mystery reader, dog lover and had a brilliant mind for interpreting financial statements. Hugh was a loving husband, an amazing father, and a very giving grandfather, a caring brother, and a loyal friend. Always, ALWAYS willing to help someone! Hugh’s favourite past time was to be surrounded by his family while providing the most abundant and delicious barbecues. Hugh took great joy in supporting his children and all their endeavours and extended that passionate interest to his grandchildren whom he loved so very much.

Arrangements have been entrusted to Sweeny’s Funeral Home, 35 York Street, Bridgewater.  There will be no visitation. A Social and Reception in Celebration of Life will be held from 5-8 p.m., on October 1, 2021 in the Bridgewater Curling Club, 90 Dominion Street, Bridgewater. All COVID-19 protocols will be followed. Memorial donations may be made to Hope for Wildlife. Online condolences and donations may be made by visiting www.sweenysfuneralhome.com.