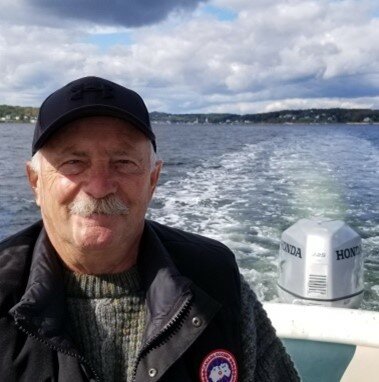 Please share a memory of Terence to include in a keepsake book for family and friends.
View Tribute Book

We are heartbroken and deeply saddened to announce the sudden passing of our beloved father, grandfather, brother, uncle, and friend on November 15, 2021, at the age of 69.  Born and raised in Herring Cove, he was the son of the late Margaret (Sullivan) and Howard Power.  He leaves behind his two children, Lauren, Halifax; Nicholas, Calgary; stepchildren, Chad (Chelsea and children Colby and Caleb) and Brandi (Ryan and children Dylan and Karsyn), along with their mother, Ina Patricia.  Also mourning him are his siblings, Robert (Diane), John, Dan, Mary (Jack), Bev (Don) and Larry (Carolyn).

Terry lived a full life with adventure and was a true “Herring Cover” with a deep and lifelong love of the water.  He loved his extensive family deeply and often showed that love by offering a helping hand whenever it was needed.  His exceptional building and “beautifying” talents will forever be part of his legacy.  His passion for carpentry, fixing, and crafting was evident in many homes in Nova Scotia. He passed those talents along to Nick and Chad who excel in their trades and carry on the love for the ocean and adventurous lifestyle which started as children scavenging McNabs Island.  He enjoyed his weekly drives to Herring Cove to visit family and get lunch with Lauren and head to the Look-off to watch the rolling seas.   An Alan Jackson tune “Drive” was a particular favourite of Terry’s and Nick’s, as was their love of hockey.

We will all cherish his memory and miss our beloved friend and mentor.

From the boys:  “Time flies when you’re having rum”.

Any donations may be made to the SPCA.

Funeral Service will be held at St. Paul’s Church on Hebridean Drive, Herring Cove on Thursday, November 25 at 11:00 AM.

Attendees must present proof of vaccination and must wear masks inside the church.