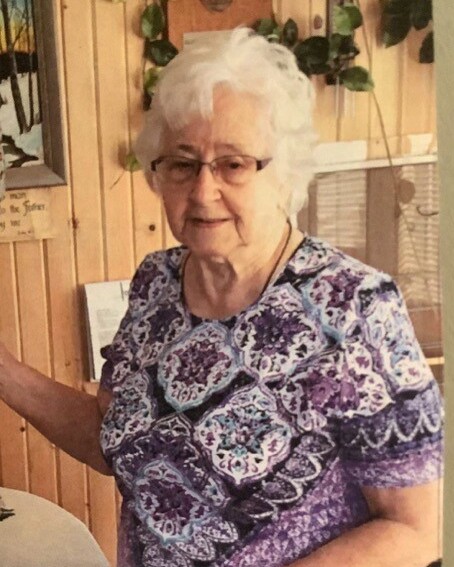 CONRAD, Reta Louisa – age 94 of Conquerall Bank, Lunenburg Co., left this world “On the Wings of a Snow White Dove”, one of her favorite songs on Sunday, January 2, 2022. The family is saddened of her passing in her 94th year at Mahone Nursing Home, Mahone Bay. Reta was born in Broad Cove, November 2, 1927 to the late Victor and Myra Teal.

Mom first taught school in a one-room schoolhouse in Volger’s Cove. Later, after marriage, worked side-by-side with her husband and son at Conrad’s Gulf Service Station in Conquerall Bank. She was a member of the Rebekah Lodge for 72 years and was a founding member of the Ladies Auxiliary of the Conquerall Bank Fire Department.

She was the wife of the late Glayden Conrad; also predeceased by brothers, Ronald and Ivan.

A private burial will take place in Brookside Cemetery, Bridgewater. A memorial service will be held at a later date. In lieu of flowers, donations may be made to Conquerall Bank Fire Department or a charity of choice.

The family would like to thank the staff and physicians at South Shore Regional Hospital, Bridgewater and Mahone Nursing Home, Mahone Bay for their care.  Arrangements have been entrusted to Sweeny’s Funeral Home, 35 York Street, Bridgewater.  Online condolences and donations may be made by visiting www.sweenysfuneralhome.com.