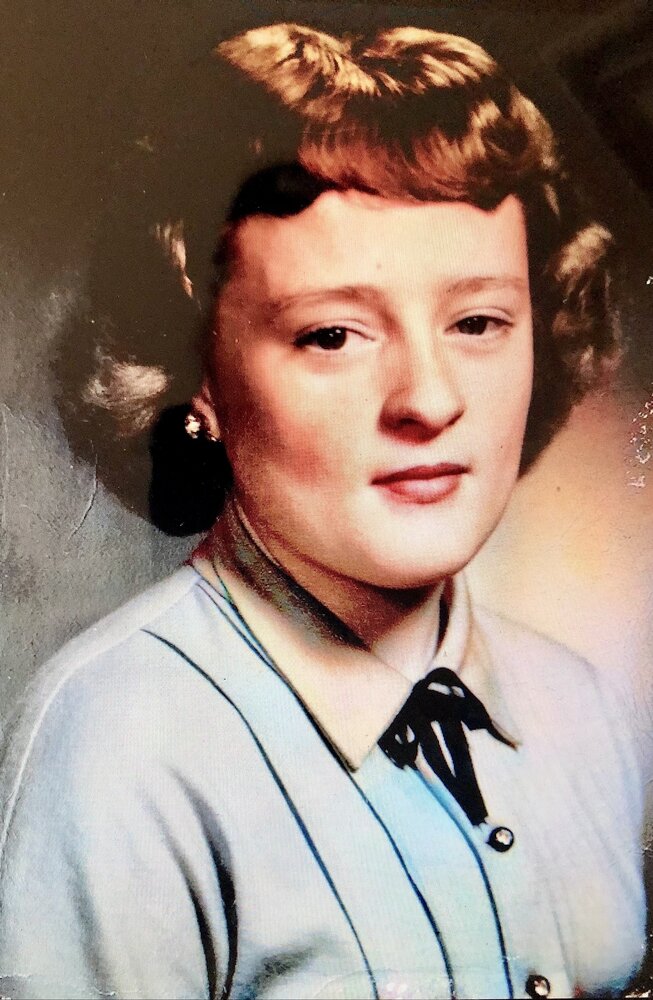 Please share a memory of Marina to include in a keepsake book for family and friends.
View Tribute Book

It is with deeply sadden hearts that we announce Mom's passing, at home, on Tuesday January 25, 2022, at the age of 84.  She was born November 4, 1937, in Bridgewater, the only daughter of the late Walter and Mabel (Heim) Henley of Chelsea. Mom was predeceased by Dad, Wilfred Henry Mailman, in August 2007, after almost 50 years of marriage, and their elder son Ricky Wilfred, in October 2016.

She was a stay-at-home mother until her family was a little older then in 1974 took a job with National Seafood where she worked until her health forced her to leave in 1982. During the years that followed she enjoyed several crafts including making Christmas ornaments and stockings. Once Dad retired, they did some camping and attended many of the exhibitions.

We want to extend our thanks and appreciation to Mom's team of caring health professionals which included Lunenburg County Home Support, VON, Palliative Care, Dr. Ferguson and Ann who all helped to make Mom's last few years more comfortable. There will be no visitation at this time.  A private memorial service will be held in Chelsea United Baptist Church followed by a private interment in Maple Grove Cemetery, Chelsea.  Arrangements have been entrusted to Sweeny’s Funeral Home, 35 York Street, Bridgewater.  Online condolences and donations may be made by visiting www.sweenysfuneralhome.com.