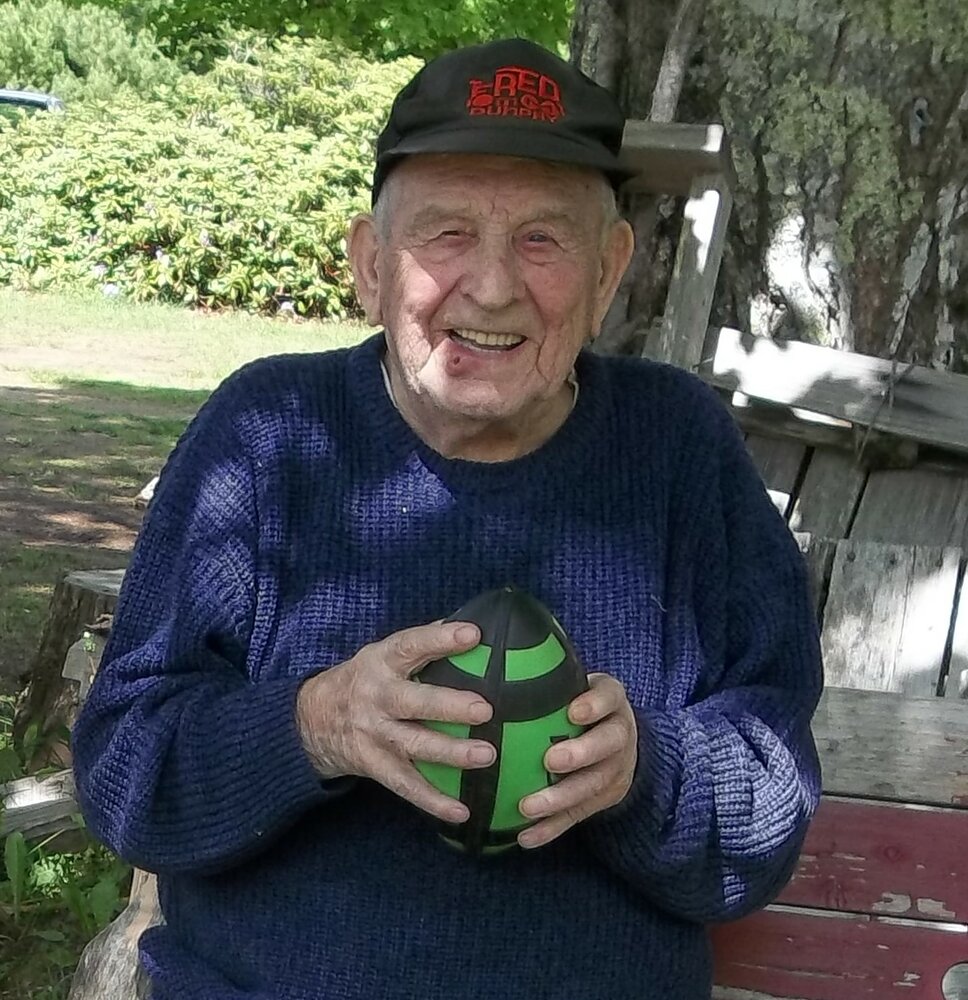 TAKER, Bernard Malcolm – Age 92, formerly of Eastern Passage, but for the past year and a half, resided in Lunenburg, died on Thursday, May 5, 2022. Born in Grosse-Ile, Magdalen Islands, Q.C., he was son of the late Fred and Lillian Taker, of Grosse-Ile.

Bernard was married to his wife, Donna Crossley, of Walton, Hants Co., until she died in November 1972. He had a special friend, Eleanor Hallett, and they kept in touch constantly. He was a Merchant Marine in the Canadian Navy during World War II and then worked as a boilermaker at the Halifax Dockyards.

Special thanks to Amy and the staff at the Veteran’s Unit in Lunenburg, who made Bernard’s life there peaceful and fun.

A burial of ashes will take place on the Magdalen Islands at a later date. In lieu of flowers, donations may be made to a charity of choice. Arrangements are entrusted under the direction of Sweeny’s Funeral Home, 4895 Highway 10, New Germany, where on-line condolences and donations may be made by visiting www.sweenysfuneralhome.com.