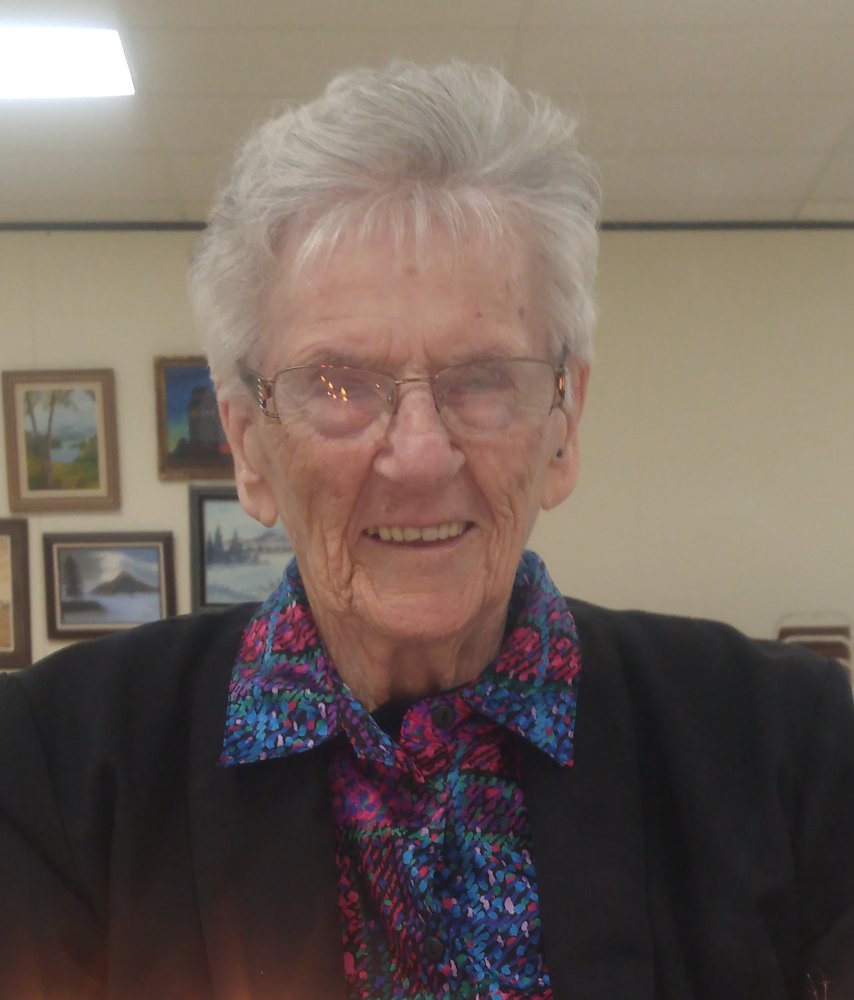 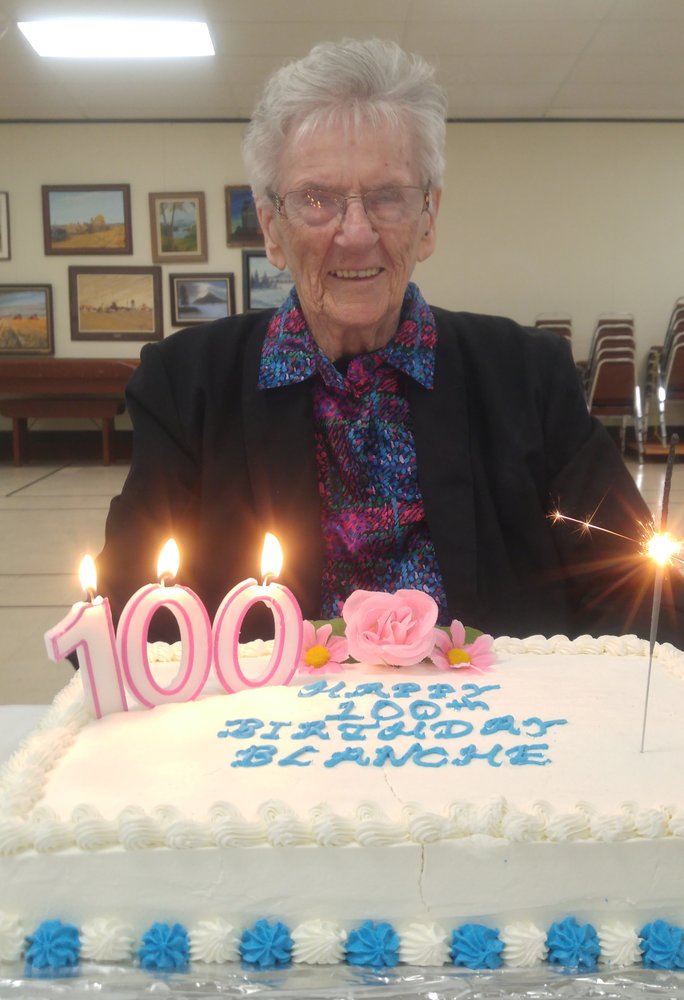 MEISNER, BLANCHE HILDA - It is with sad hearts that we announce the death of my mother, Blanche Meisner on August 5, 2019 at the Jubilee Lodge in Eston, Sask. She was born on December 15,1918 in Branch Lahave, Nova Scotia to Kenneth and Mae Conrad.

After attaining grade 9 education she then went to work at an apple canning factory in Kingston, Nova Scotia. While working there she met William Meisner from Branch Lahave and they were married on August 12,1941. She and William built a house in the Branch and settled in. On September 3,1945 their son, Ralph was born. William passed away in July 1994. Blanche continued to live in her country home until she moved to be with her son in Eston Saskatchewan in 2007. Her life centered around being a great homemaker with wonderful cooking skills. One of her great enjoyments was picking wild blueberries, raspberries and strawberries. She also took pleasure in baking biscuits for her grandchildren. Mom also baked the best carrot cake in the universe. She was a resident for several years at the Heritage Manor in Eston. While there she made several friendships, especially Rose Ries.

She was predeceased by her husband, William; her parents; seven siblings and one granddaughter.

Left to miss her greatly are her son, Ralph and Linda his wife, as well as three grandchildren and eight great-grandchildren.

We take great comfort that she had accepted Christ as her Saviour many years ago and is with Him now. Psalm 23 and John 3:16 were her favourites passages of scripture. She could still quote most of Psalm 23 up until 2 weeks before her passing. She also credited her long life to living out the bible verse that says “honor thy father and mother that your days may be long on the land”. She was a great example of the truth of this verse.

A memorial service will be held 2 p.m., Saturday, September 14th in St. James Lutheran Church, Branch Lahave. Rev. Svante Olson officiating. Everyone is welcome to attend.  Interment will take place at Hillside Cemetery, Branch LaHave, following the service and then a luncheon will be held at the Branch Lahave Community Hall.

Share Your Memory of
Blanche
Upload Your Memory View All Memories
Be the first to upload a memory!
Share A Memory
Plant a Tree