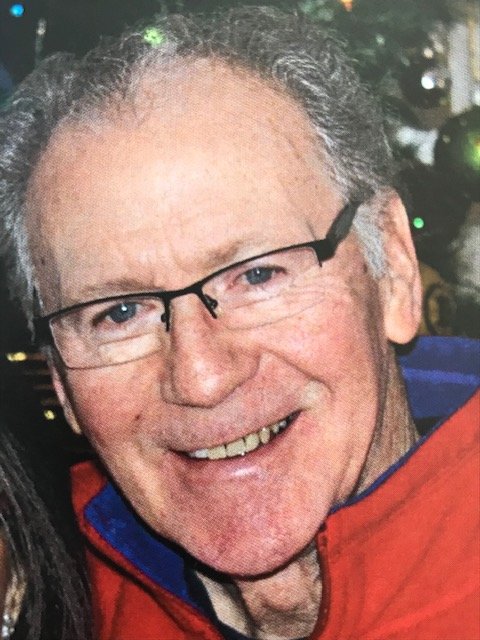 John "Jack" Joseph Wamboldt, formerly of Truro, passed away at the age of 75 on November 23, 2019. What brought Jack the most pleasure throughout his life was spending time with family and friends.  Jack and Colleen, his wife of 53 years, have been a constant source of love and support to their children, Jeff (Jeannie), Halifax and Michelle (Ian Kimball), Crescent Beach, and their four grandchildren - Jake and Abby Wamboldt and Sam and Finn Kimball. An east ender from Truro, he was blessed with an amazing group of life long friends with whom he spent many years playing golf, shooting pool, fishing, hunting and going to the camp. Jack's life took a surprising but welcome turn when he opened Uniglobe Travel in Truro, resulting in many trips and adventures for he and Colleen.  They were especially grateful for the years they spent in Florida and beyond with friends and family. It was his role as Papa that brought Jack the most joy. What luck to have four grandchildren who loved sports as much as he did, and who played the same games he enjoyed in his youth - football, hockey and golf. Years were spent watching sports together on TV and at various events. And, of course, he was always there, full of pride, to watch all four of them in action.  One or two even share his love for the Habs.  It is with broken hearts that we say goodbye to this man we loved so dearly, but we all take great comfort in knowing he is now at peace.

Jack is also survived by his sister Sandi (Phil) Nelson, brother Eddie Wamboldt and their many children and grandchildren. He was pre-deceased by his father Lawrence Osborne Wamboldt and his mother Mary Gertrude (MacDonald).

A visitation and Time of Remembrance will be held from 1-3 p.m., Tuesday, December 17 in Glengarry Hotel, 150 Willow Street, Truro.

In lieu of flowers the family have requested donations be made to the Nova Scotia Alzheimer's Society.