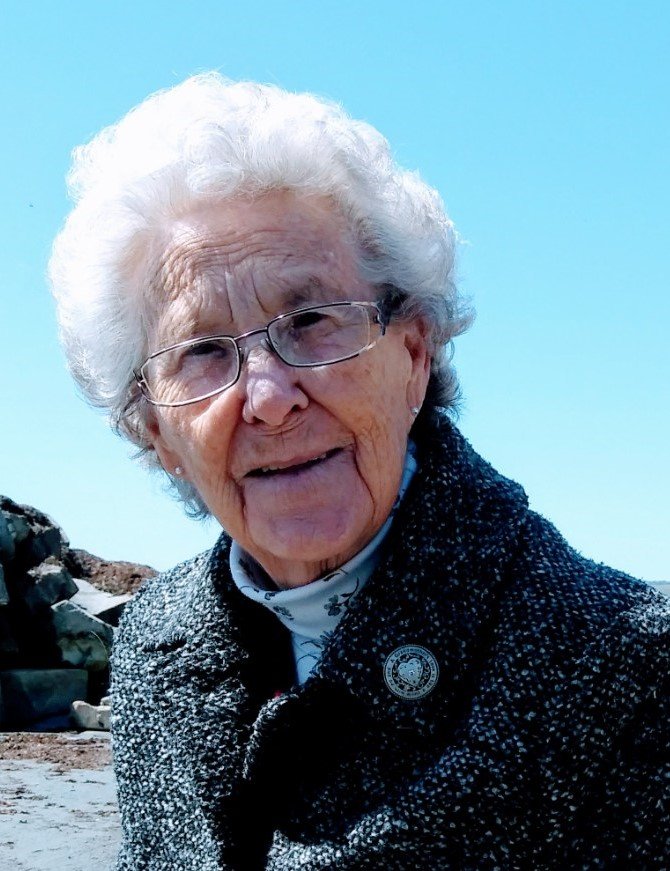 RHODENIZER, Doreen Nellie – Age 86, formerly of Cookville, Lunenburg Co., passed away at her homecare residence on Sunday, February 23, 2020 in Marriott’s Cove. Born in Western Shore, she was the daughter of the late Arthur and Lillian (Whitehead) Swinimer.

Doreen was a devoted wife, mother and grandmother during her life. She had many hobbies throughout her life, but she enjoyed camping and spending time with friends and family at the cottage most.

Public visitation will be held Friday, February 28th, from 7– 9 p.m. at Sweeny’s Funeral Home, 35 York Street, Bridgewater. Funeral service will be held Sunday, March 1st, at 2 p.m., in Bridgewater United Church, Bridgewater, with committal service following at Brookside Cemetery, Bridgewater. Angela Clifton officiating. A reception in the Bridgewater United Church Hall to follow. In lieu of flowers, donations may be made to the Alzheimer’s Society of Nova Scotia, S.H.A.I.D Tree Animal Shelter or charity of choice. On-line condolences may be made by visiting www.sweenysfuneralhome.com.