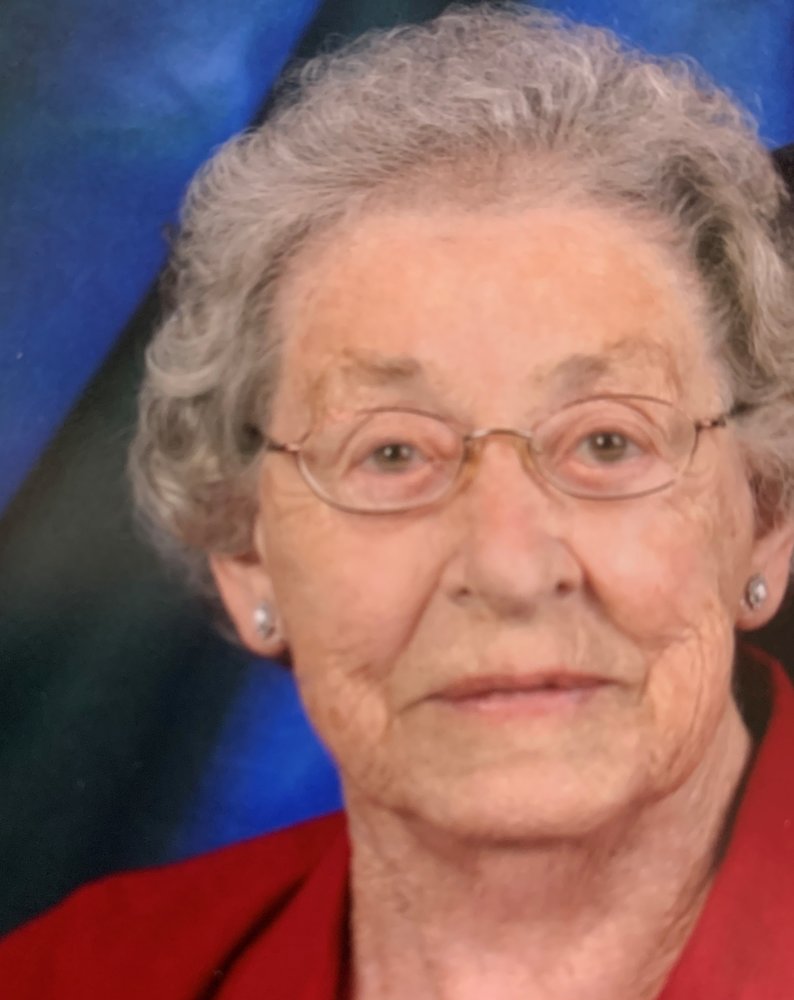 The family of Pauline Joan (Crouse) Naugler announce her passing on the evening of March 31st at the age of 94.

Polly was the daughter of the late Ivan Bernard Crouse and Reta Ellen (Lohnes) Crouse. She grew up in Lunenburg, NS, along with her sister the late Dorothy “Dot” Conrad and brothers Robert “Bob” Crouse and the late Harold Crouse.

Polly married her husband Wilfred “Gushie” Naugler on July 7, 1953 and together they raised their two sons Michael (Janice) and Stephen in Bridgewater.  Along with being the wonderful mother of her sons, Pauline was the beloved Nanny of Ryan, David, Julie and Cody Naugler (Cody’s Mom Liz Nickerson).  She was the proud aunt of numerous nieces and nephews and will be especially missed by her niece Debbie Conrad of Toronto, Ontario. Special thanks to her niece Donna Eagles for her loving care.

Polly attended Lunenburg Academy and then nursing school in Montreal, before beginning her career in her early twenties. She was a very dedicated nurse at the Dawson Memorial Hospital in Bridgewater until her retirement in her sixties. She was a member of Holy Trinity Anglican Church, Bridgewater.

We would like to thank the fine Doctors and Nurses at South Shore Regional Hospital for their compassionate care.

Due to Covid-19, there will be no visitation or funeral at this time.

Share Your Memory of
Pauline
Upload Your Memory View All Memories
Be the first to upload a memory!
Share A Memory
Plant a Tree