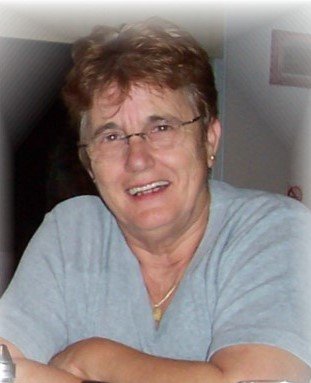 Marilyn began her career as a nurse's aide with Dawson Memorial Hospital, Bridgewater. While raising her two children, she worked as a seamstress for Suttles and Seawinds.  Prior to her retirement in 2003, she worked with Lunenburg County Home Support for 15 years, as a home support worker.

A graveside service will be held in Epworth Cemetery, New Germany, at a later date. In lieu of flowers, donations in Marilyn’s memory may be made to North Queen’s Nursing Home, Caledonia. Arrangements entrusted to Sweeny’s Funeral Home, 4895 Hwy 10, New Germany, where on-line condolences may be made by visiting www.sweenysfuneralhome.com

Share Your Memory of
Marilyn
Upload Your Memory View All Memories
Be the first to upload a memory!