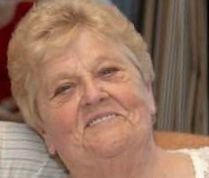 LOWE, Joyce Marie – Age 79, Lower Branch, Lunenburg Co., passed away on Thursday, October 15, 2020 in South Shore Regional Hospital, Bridgewater. Born on May 4, 1941 in Cookville, she was a daughter of the late Lawrence and Verna (Knox) Conrad.

Besides her parents, she was predeceased by a son, Darrell; sister, Audrey Sarty and Alice at birth; brothers, Rayburn Conrad, Granville Conrad, Glendon Conrad and Roderick Conrad.

By personal request, no service will be held. No flowers please, donations may be made to SHAID Tree Animal Shelter or a charity of choice.