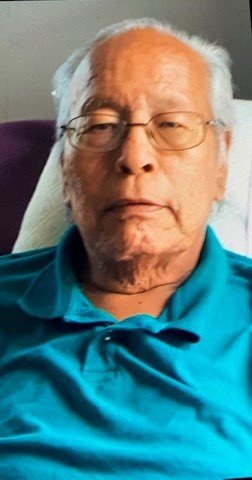 AGECOUTAY, Wilbert Louis – Age 71, of Springfield, Annapolis County, passed away on October 15, 2020 in Soldier’s Memorial Hospital, Middleton after a four-year battle with diabetes and kidney disease. Wilbert was born on March 20, 1949, he was a son of the late Louis and Louise (Louison) Agecoutay of the Cowessess Reserve in Saskatchewan.

Wilbert has left behind by his beloved wife of 21 years, Jean Lang; daughter, Lena; his foster sons, Leroy, Colin and Dyland; stepchildren, Samantha, Donald and Billy; siblings, Lloyd, Reynold, Gene, Noreen, Gloria, Debra and Donna and many nieces and nephews.

Wilbert loved the land and its many animals. He spent the majority of his working life in jobs that placed him in the middle of it all, from farms to forestry. In 1997 he met Jean and they were married in 1999. Over the next few years Wilbert and Jean added many foster children and dogs to their home, they loved them all. In 2008, they moved to Nova Scotia where they already had dear friends in Springfield. Here they brought up their children and became an important part of the community. Jean and her family wish to extend their heartfelt care Wilbert received from Dr. Saxon, the VON nursing staff and Wilbert’s homecare.

Funeral services are under the care and direction of Sweeny’s Funeral Home, New Germany. A celebration of life will take place at a later date. Memorial donations in Wilbert’s memory may be made to the South Shore Palliative Care Services or the Bridgewater VON. On-line condolences may be made by visiting www.sweenysfuneralhome.com.