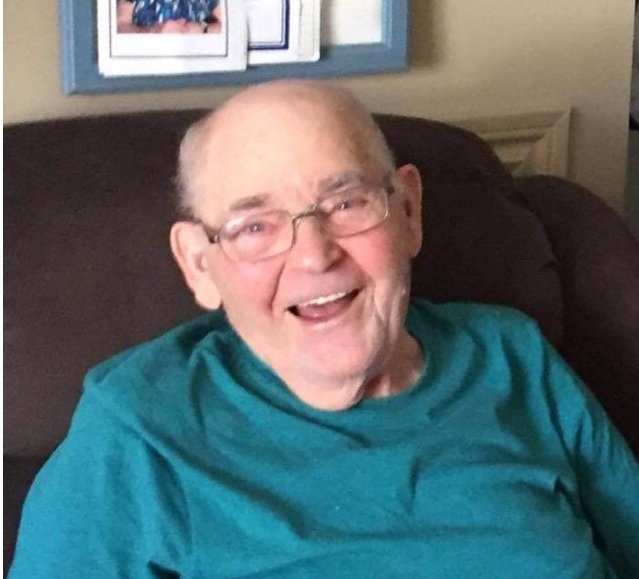 COOK, Lawrence Reginald – Age 89, passed away peacefully with his family by his side on November 18, 2020 in the South Shore Regional Hospital, Bridgewater. He was a son of the late Frank and Mable (Kelley) Cook, Wolfville.

During his early years, Lawrence was in the Reserve Army and worked in Wolfville where he met his wife, Dorothy, who he was married for 62 years until her passing in 2014. They later moved to Halifax where he was employed with Simpson Sears for over 25 years as a Mechanic and Service Manager in the Automotive Center until his retirement. He spent his later years in Falkland Ridge, Annapolis County gardening and enjoying outdoor activities.

Funeral arrangements are under the care and direction of Sweeny’s Funeral Home, 35 York Street, Bridgewater. A graveside service will be held on Tuesday, November 24 at 1 p.m. in Falkland Ridge Cemetery, Falkland. Due to the social restrictions and safety, consider wearing a mask.  Donations in Lawrence’s memory may be made to the Springfield Baptist Church. The family would like to send a special thank you to his special friend Zelda who took great care of him so he could remain at home in Bridgewater and the Nurses and Doctors on the 3rd Floor Palliative Care Department of the South Shore Regional Hospital, Bridgewater. On-line condolences may be made by visiting www.sweenysfuneralhome.com

Share Your Memory of
Lawrence
Upload Your Memory View All Memories
Be the first to upload a memory!