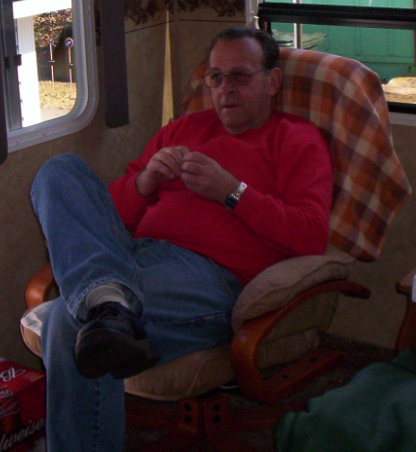 It is with great sadness that the family of Wayne Wright announces his passing due to a brief illness, on Saturday, January 16th, 2021 at South Shore Regional Hospital (Bridgewater). He was well known and loved in the community of Digby and his hometown of Bear River, NS. He retired from Nova Scotia Power after 35 years of dedicated service. He enjoyed camping at Smith's Cove Campground, walking the narrow roads of the village of Bear River, and at times could be seen plowing his neighbours' driveways in his Kubota Tractor. He also had a passion for caring for stray cats for several years. He is predeceased by his long-time partner, Essie Mannette, and Parents Walter & Phyllis Wright. Wayne is survived by his only daughter, Julie (Linwood) Rice, his grandson, Evan Rice of Bridgewater and also his brother, Donald Wright. He is also survived by Essie's children, Linda (Richard) Yorke, Gerald (Jennifer) Mannette, and Harold Mannette & their families. Donations may be made in honour of Wayne to The Society for the Friends of Feral Cats in the municipality of Digby, NS.

Cremation has taken place under the care of Sweeny’s Funeral Home, Bridgewater, NS.

A graveside service will be held at a later date at the Mount Hope Cemetery, Bear River, NS.

Dad, Your Wings Were Ready, But My Heart Was Not ♥