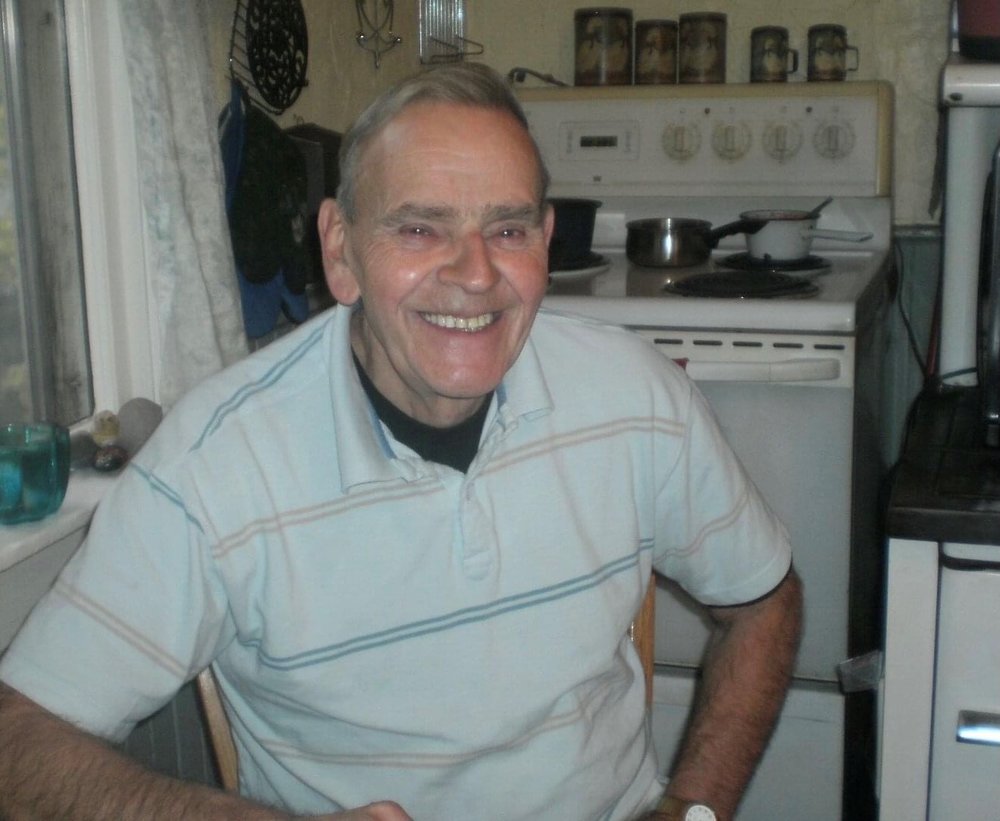 It is with heavy hearts that we announce the passing of Leo Wilfred Cormier on March 13, 2021 at the age of 83, peacefully, with family by his side at the Fisherman’s Memorial Hospital in Lunenburg, NS.

Born on December 4, 1937 in Cheticamp, Cape Breton, to parents Pierre and Marie (Deveau), he was the third youngest of thirteen children. He loved his siblings very much with many stories of growing up in a lighthouse on Cheticamp Island. Throughout his life he also lived in Montreal, Toronto, Mahone Bay, and finally Bridgewater. He spent the most time working as a foreman at a hardboard plant in East River, but also worked at Kodak, on a dude ranch, and doing landscaping, to mention a few.

Wilfred loved nothing more than to have his house full of family and friends with great food and laughter, usually because of his many jokes and glowing personality. He always wanted to give what he could if it would help others without expecting anything in return. He was loved, respected, and looked up to by so many. Known for his fishing and hunting skills, Wilfred, or often better known as ‘Frenchy,’ was in his element in the woods or on the lake with a fishing rod in his hand. As someone who enjoyed playing cards, many of his evenings were spent beating whoever would challenge him to a game of scat.

He is predeceased by his wife, Betty, who shared a remarkable marriage of 43 years with him. During those years he exemplified what it meant to be a loving and caring husband. We know they are together now. Surviving him are his four children, Lisa, Wanda, Julie, and Anthony as well as his Grandson Leo. He was the most amazing father who always put his family first and was loved by his family more than words could ever describe. Adored by his only Grandson, Leo, the connection they had will last a lifetime. Our father taught us many things, but what will stick the most is to live life with love and integrity, which he led by example.

The body has been cremated and a graveside ceremony will be held at 2:00 p.m., Sunday, March 28th at the Brookside Cemetery in Bridgewater, NS. All family and friends are welcome to attend. A celebration of life will be held at a later date. In lieu of flowers, donations can be made to the Bridgewater Volunteer Fire Department.

Share Your Memory of
Leo
Upload Your Memory View All Memories
Be the first to upload a memory!
Share A Memory
Plant a Tree