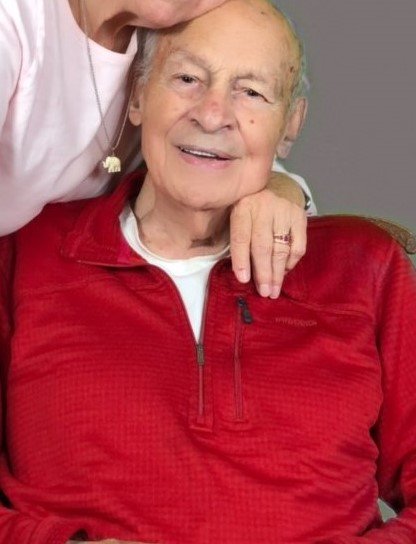 Douglas Earle Burgess CD, 90, of Bridgewater, Nova Scotia, passed away on March 17, 2021 peacefully in his sleep.

The family will be holding a short ceremony at St. Joseph’s Catholic Church in Bridgewater NS on Saturday, March 27th at 2PM, by invitation only.  A memorial service and burial will also be held for those who would like to pay their respects at Fort Point Cemetery, La Have NS at a time to be announced with the warmer weather.

Doug was born in Saint John, NB on May 21, 1930. The son of Arthur Noble Burgess and Mary Gertrude (DeWolfe).  He was very proud of his ancestry and delighted in exploring the history and personalities of both the Burgess and DeWolfe families, collecting and telling stories of his own and family adventures.

Following his education at Rothesay Collegiate School in Rothesay, NB, Doug joined the No. 1 Airborne Signals Squadron of the Canadian Armed Forces in 1948.  Ultimately, he reached the rank of NCO/Sergeant and was deployed around the world including Fredericton, Germany, Antwerp, Indochina, and the Belgian Congo.  Upon release from the forces in 1969 at Penhold Air Base Alberta, he went work for Red Deer Pump Services, and then Telus (Alberta Government Telephone) where he spent 16 years prior to his retirement.

In 1991, Doug returned to Nova Scotia and before too long he met his best friend and current wife Ellen (Purcell) Burgess.  It changed his life.  Along with gaining a whole lot of new family (5 stepchildren: Gerry, Paul, Aaron, Brett and Adam, and many step grandchildren and great grandchildren), Ellen and Doug embarked on a beautiful journey together.  They travelled the beaches and countryside of Nova Scotia, visited family in Eastern and Western Canada, along with trips to the US and Europe.  Over the years, Doug’s days included many church suppers, square dancing and ukulele concerts, work with the Legion and the Knights of Columbus, exploring the history of Lunenburg County, and obligatory trips to various second-hand shops to find treasures.  All along, he explored his life together with Ellen in a way that we all aspire to.

Doug and Ellen had more than 29 wonderful years together on the South Shore, settling on the La Have River and, for the last few years, in Bridgewater NS.  They truly followed the adage, “Do anything, but let it produce joy.” (Walt Whitman)

Doug will be missed.

He asked that, in lieu of gifts or flowers, memorial donations be given to the Royal Canadian Legion (Branch 24) or the Roman Catholic Church. The family wishes to thank the staff and doctors of South Shore Regional and Fishermen’s Memorial Hospitals for the care and attention provided to Doug over the past few months, and to thank family and friends for all their support during this difficult time.

Share Your Memory of
Douglas
Upload Your Memory View All Memories
Be the first to upload a memory!
Share A Memory
Plant a Tree