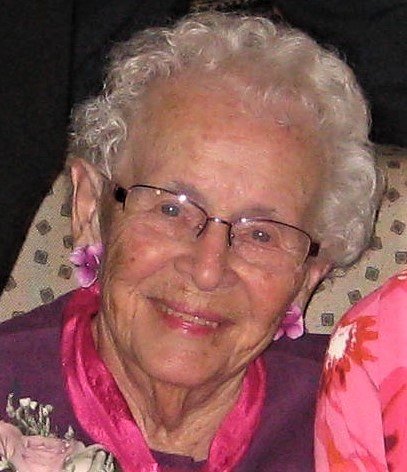 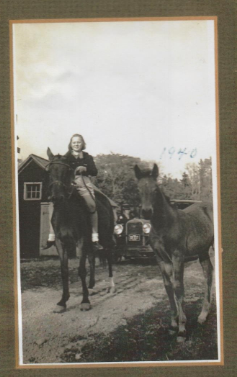 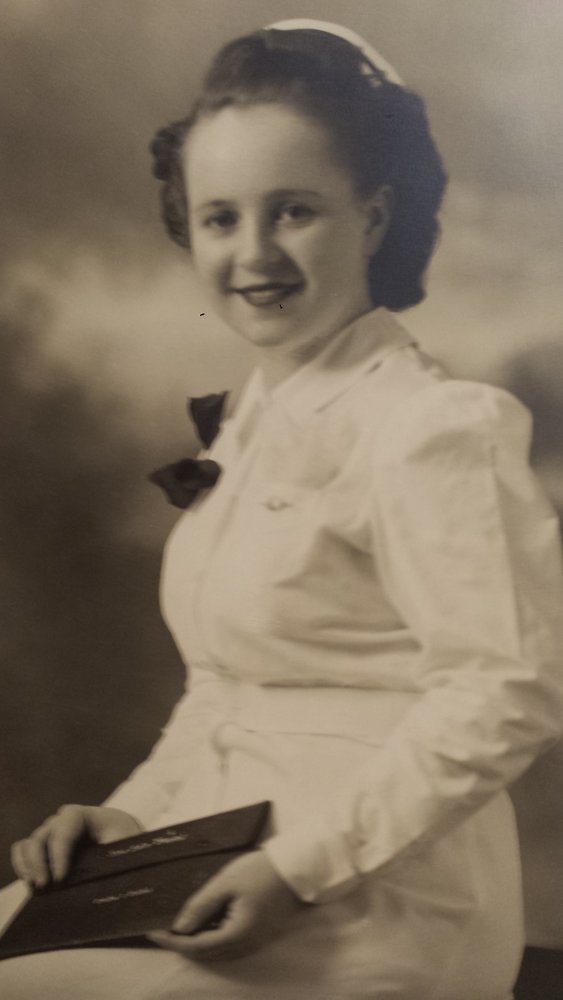 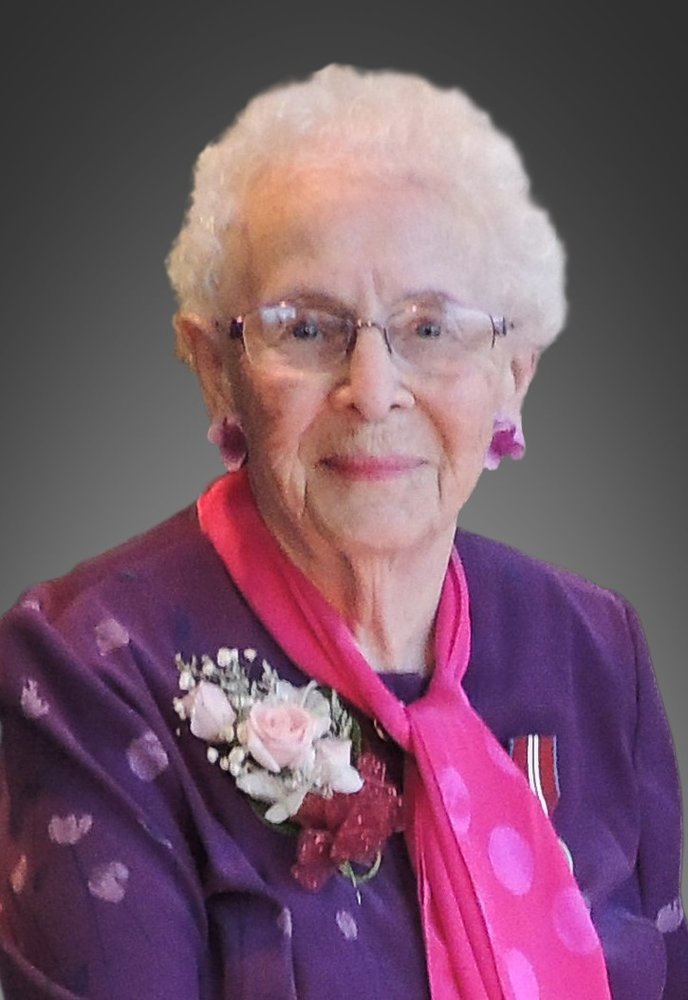 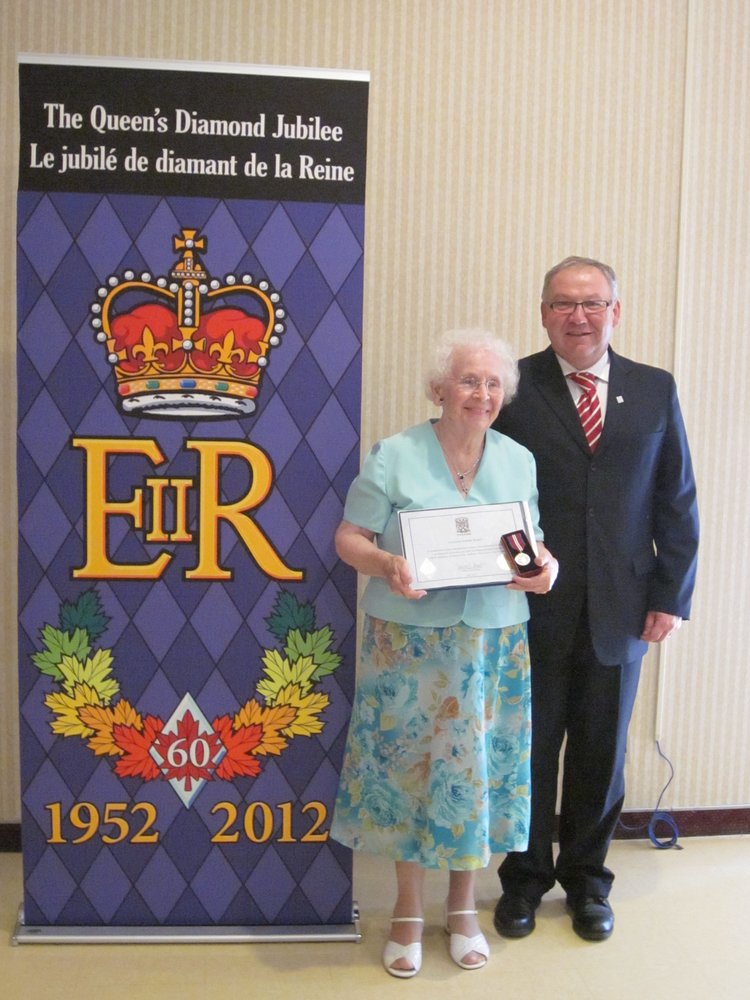 Christina Isabelle Brown (Stronach) - Of Halifax/Bridgewater, passed away on May 11, 2021, at the age of 93, surrounded by love.

Raised on Stronach Mountain in the Annapolis Valley, family was at the centre of her world and continued throughout her life.

She was predeceased by her husband, Floyd Brown; and brothers, John MacKenzie (Mack) Stronach and Clinton David Stronach. She is survived by her children, Dale Brown, Reisa (Al) Muir, Tanya Brown (Ric Hamilton), Gina Brown (Robert Crockett); and beloved grandson, Connor Muir. In addition, Mom is survived by her special friend, Farrell Snow; her dear sister-in-law, Gladys Stronach; and many nieces and nephews.

Mom loved family gatherings. Whether it was a potluck at the Jacksons or a family reunion with the Bents, she would bring her famous blueberry pies - having picked many quarts of blueberries to make the pies first.  And while in the Valley, she wouldn’t miss “Happy Hour” at Port George: a perfect sunset and a cone of salt caramel ice cream.

Mom was an RN who started her career at the NS Hospital, and her care for others continued through her community work. She was primarily active in Windsor Junction and Bridgewater: including creating a library for the school, co-chairing the annual “Keloose” fair and volunteering with the DesBrisay Museum, among other activities.

Because Mom was so proud of being Nova Scotian, her greatest passion was recognizing deserving Nova Scotians for the Order of Nova Scotia. She was successful in nominating a record 20 recipients. For her extensive volunteer work and accomplishments, Mom was awarded the Queen’s Jubilee medal in 2012.

Mom’s many hooked rugs and quilts adorn our family homes.  She was thrilled when Anne Murray became the proud owner of a rug she hooked, embracing Anne’s NS heritage.

Mom had a love of adventure and travelled the world, from Europe, to Australia, the Caribbean and all over North America.  On a trip to New York only a few years ago, she came upon a “pop-up” piano event at Herald Square and enjoyed a round of applause for her beautiful rendition of Silver Bells.

Mom had a lifelong love of music, she was an accomplished pianist and music was always in our lives.  When we were growing up, we spent many cold winter afternoons skating on the cove in Windsor Junction.  To let us know it was time to come home, she would play a few notes on the trombone out the kitchen window. When we heard the trombone, there was no doubt whose Mom was calling them home for supper.  While living in Halifax, one of her great joys was going to the Sunday afternoon sessions at the Old Triangle Pub where she enjoyed the live music, set dancing and good craic.

Special thanks to the palliative care team, and David Maginley, Staff Chaplain, at the VG.

Due to the COVID-19 restrictions, a celebration Christina’s life will be held at a later date.  In her memory, donations may be made to a charity of your choice. Online condolences by visiting:  www.sweenysfuneralhome.com

Share Your Memory of
Christina
Upload Your Memory View All Memories
Be the first to upload a memory!