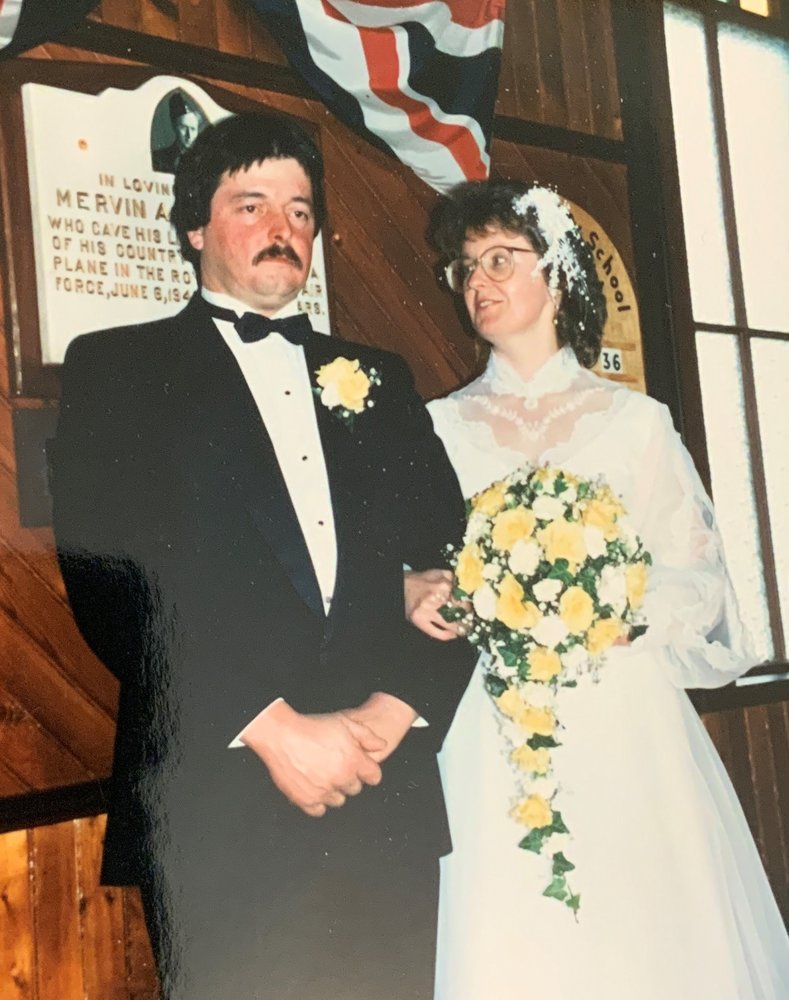 JOUDREY, Barry Scott Matthew - Age 65 of Upper Chelsea, passed away on May 25, 2021, at home in Upper Chelsea.  Barry was born in Bridgewater, Nova Scotia on May 24, 1956, to Donald and Ann Joudrey.  He is survived by his brother Brad Joudrey and sister Patricia Rankin (Scott).  Also survived by sister-in-law, Jane Joudrey; brother-in-law, Wade Joudrey; mother-in-law, Edwina Faulkner and many nieces and nephews.  He was predeceased by his niece, Marielle; mother, Ann in 1995; father, Donald in 2012 and his wife, Cheryl in 2014.

After leaving Bridgewater High School, Barry went on to Lunenburg Regional Vocational School (as it was then) and earned a trade as an Industrial Mechanic.  He began working at Rafuse Equipment and remained working there for many years.  It was there that he met the love of his life, Cheryl.  After several years of dating Barry and Cheryl were married in October of 1990.  They began their lives in an apartment in Bridgewater while building their dream home on the Faulkner Road in Upper Chelsea.

Barry and Cheryl had two dogs during their marriage who were both rescue dogs.  Clifford and Nugget were their lives, and the dogs loved the freedom they had with Barry and Cheryl at their property in Upper Chelsea.  Barry also went on to work at Stan’s Pro Motors, and until his sickness, with the Municipality of Lunenburg. Barry was a great sports fan and if he was not playing it, he was watching it.  He began his catching career at the age of 13 and loved that position.  Barry played baseball during the school years and then moved on to fastball.  Some of the teams he played for were Saunders Motors, Fairway Chev Olds, Bridgewater Suzuki, and Tops’ Tavern.  Barry was lucky enough to be able to play on some of these teams with his dad who was a pitcher. He also played hockey for several years for Don Grace in the Industrial League. As Barry got older, he began playing “Bob” Ball with some of his friends on Sundays and in the winter, they would play softball on the frozen ice of Wile’s Lake.

Barry became sick in July of 2020 and fought a brave fight.  He will be sadly missed by all who knew him because if you did know him, he touched your heart in a positive way.   In lieu of flowers donations can be made to the Canadian Cancer Society or the MS Society. Cremation has taken place.  A celebration of Barry’s life will be held at a later date. Special thanks to all who helped during Barrys sickness.  It was a very difficult time. Words cannot extend our gratitude.