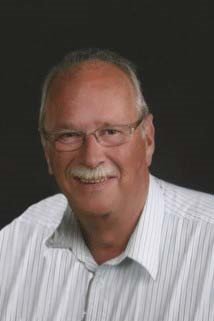 GIROUARD, Richard Joseph – Age 72 of Petite Riviere, passed away on June 27, 2021 at the South Shore Regional Hospital. Born on November 4, 1948 in Levi, Quebec, he was a son of the late Armand J. and Crescence (Gervais) Girouard.

Richard grew up in Beaconsfield, Quebec. He graduated Loyola High School in 1965 and received his BSc at Loyola (Concordia) University, Montreal in 1969. He graduated from Dalhousie University in 1972 with a Master in Developmental Biology.

Richard moved to Mississauga, ON in 1977 and was employed with Technical Marketing Associates. In 1981, he established South Shore Toyota Ltd., in Bridgewater, NS. He later returned to his science background as the maritime independent sales rep for ESBE Scientific and then Combined Insurance before retiring in 2015.

Due to COVID Regulations: A graveside only service will be held at 3 p.m. on Tuesday, July 20, 2021 in Brookside Cemetery, Bridgewater. Face masks are suggested as well as social distancing is required. In lieu of flowers, donations in his memory can be made to the Canadian Cancer Society. Online condolences may be made by visiting www.sweenysfuneralhome.com