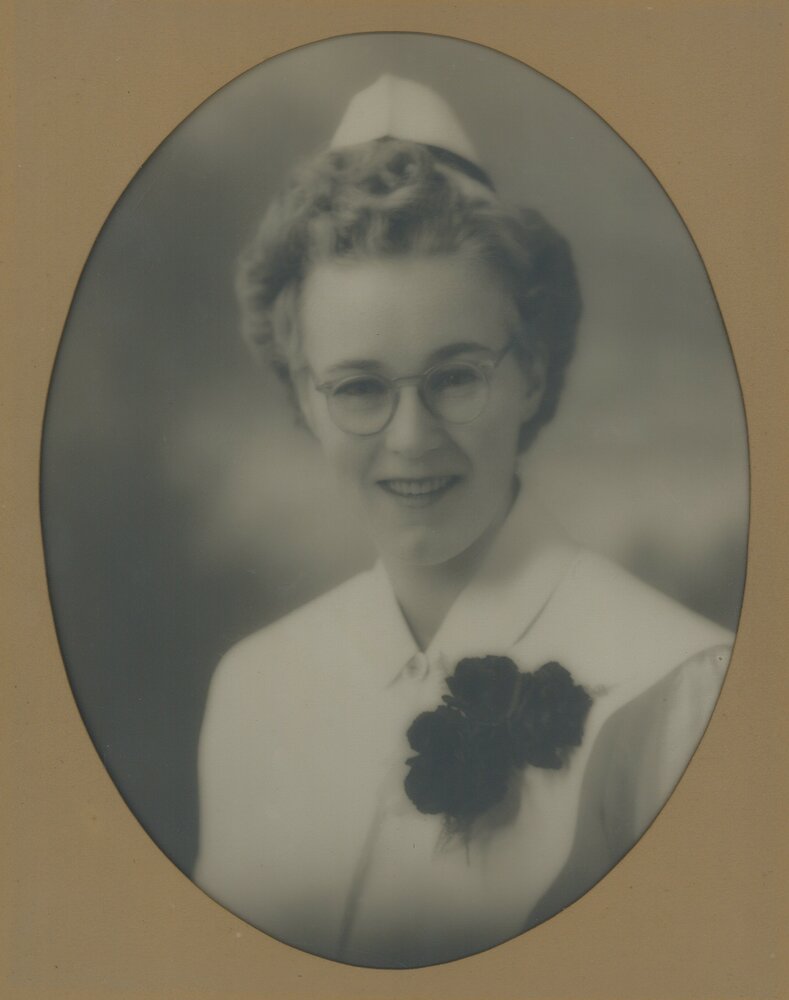 Please share a memory of Gloria to include in a keepsake book for family and friends.
View Tribute Book

RITCEY, Gloria Dawn – Of Stanley Section, Lunenburg County. Passed away at home on Tuesday, January 18, 2022, two days after her 95th birthday. Born in 1927, she was the daughter of the late Clarence and Effie (Veinotte) Mosher.

Her childhood was spent in West Dublin, as the daughter of a seabound fishermen, learning how to salt cod and make solomon gundy. She also had roots with a rural farming life as her mother, Effie, grew up in Sweetland.

In 1949, Gloria was a graduate of the Victoria General Hospital School of Nursing and successfully passed the Nova Scotia Registered Nurses Association exams. She practiced her profession in the Halifax and Bridgewater areas before entering the business of her husband, Kendall Ritcey, who built, owned, and operated the Birch Pond Drive-In Theatre, in Stanley Section. She was the reason behind the success of the canteen and could be seen for many years frying hamburgers on the grill. Both retired in 1988. Travelling by car with tent or trailer in tow was always a favourite family activity, even when their children were young. Extended driving trips took them to the west coast of Canada and the central and southern parts of the U.S. They eventually found a more permanent vacation place in the Daytona Beach area of Florida.

Travelling was a passion of theirs’s, as well as crafting (Kendall with woodworking and Gloria with sewing) which also took them to craft shows in Atlantic Canada where they made many crafting friends.

In the early years of living in Stanley Section, she was a Brownie Pack Leader and later a member of the Canadian Snowbird Association, Epworth United Church, and a lifetime member of the Victoria General Nurses Alumni.

A sincere thank you to Dr. Weagle, Lunenburg County VON and Home Support (especially the field workers who meant so much to Mom). Thanks for phone calls from friends and an advanced “thank-you” to all who may choose to make a memorial donation to the New Canada Lakeside Cemetery Society. A private graveside service has taken place. Special thanks to Adam Tipert and the staff at Sweeny’s Funeral Home.  Arrangements entrusted to Sweeny’s Funeral Home, New Germany.