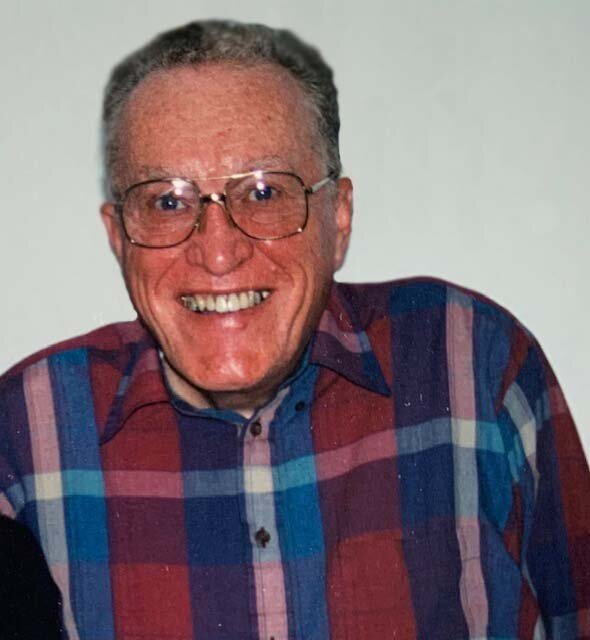 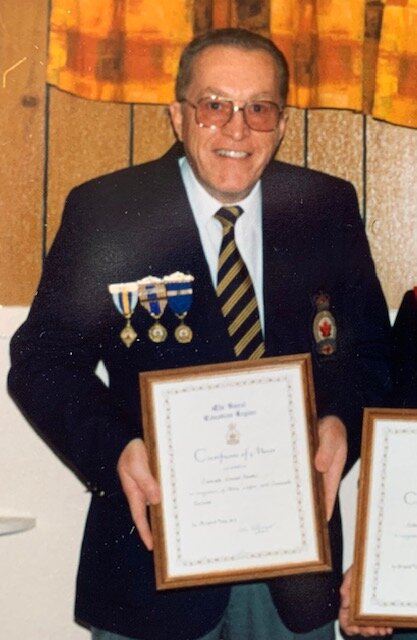 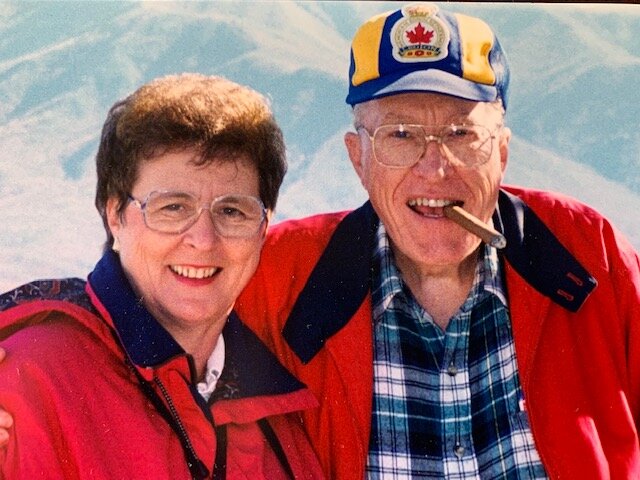 FEINDEL, Linwood Max (Jr.) – Age 80, New Germany, Lunenburg Co. It is with great sadness that we announce Linwood’s passing on Saturday, April 23, 2022 at South Shore Regional Hospital, Bridgewater, with his wife, Gloria, and daughter, Kim, by his side. Born in Halifax, he was the son of the late Linwood Max and Evelyn Mary (Bell) Feindel.

He started dating his sweetheart, Gloria, in Grade 10 when he asked to drive her home after a soccer game. Their love story continued and they lived the rest of his life supporting one another and being a wonderful example of commitment for his family.

Linwood began his career working in Halifax for the Provincial Government in the finance department. Linwood always had a knack for numbers and could calculate figures quicker than his daughter could on a calculator. He attended Dalhousie University to receive an accounting diploma and began studying towards a designation as Certified Managerial Accountant. Linwood was extremely proud of his community of New Germany and family connections to the community. He was thrilled when he received a job offer, in 1970, as the Business Education instructor for the newly opened Bridgewater Vocational School. It meant that he and Gloria could finally return home to live. In the following summers, Linwood completed his teaching degree in Moncton.  He retired in 1994, with 33 years of service to the Province, as an educator, from the Nova Scotia Community College. He had very fond memories of his students. He was excited that his daughter, who began working as a teacher that year, would now be contributing to his teacher’s pension!

Linwood believed very strongly in public service to his community. He was a member of the New Germany Amateur Athletic Association and was a very active and proud member of the Royal Canadian Legion, Branch 102, serving in numerous roles, including President and on the Executive Committee. Every weekend was spent at the Legion playing cards, darts, pool, tending bar, volunteering at community events and swinging Gloria around the floor at the weekly dances. Linwood was presented with Certificates of Appreciation for his various volunteer service to the Legion and community. He was awarded a Life Membership in the Legion and has recently been recognized for 50 years of service to the Legion.

Linwood served the New Germany area as Municipal Councillor for 12 years. He was so proud of his contribution in bringing the Rosedale Home for Special Care to New Germany, of which he served as a member of the Board of Directors from 1983-1997. The Home was built in the backyard of his childhood home, so it always remained close to his heart.

Linwood formed many good friendships during his time on Council. He often talked about how his fellow councillors were able to strongly debate issues in council chambers, but despite differences of opinions, would always walk out the door and laugh together over lunch. His legacy includes being a member of the Board of Management of the present-day South Shore Regional Hospital during the time of its construction. He also had the opportunity to travel to New York to study the recycling waste management system to help begin the construction of the Lunenburg Municipal Recycling and Waste Management Depot, serving as a model for other provinces. During his time as Councillor, Linwood also served on the Police Association Board of the South Shore.

Linwood was a member of the Epworth United Church and greatly enjoyed all the camaraderie, singing and travelling with the New Germany & Area Men’s Choir over the years.

Linwood’s family and friendships were precious to him. He believed in youth and his home was always filled with company. Canada Day in New Germany was one of his favorite days of the year, when he and Gloria opened their home (and bathroom) to hundreds of friends. Their pool parties were legendary. Linwood looked forward every morning to his “Water Buffalo Club” boys meeting in his garage for coffee and muffins and to solve the world's problems.

Linwood greatly enjoyed traveling with Gloria and his family and friends throughout Canada and the United States. Despite being plagued his whole life by arthritis, whenever asked how he was, Linwood would always respond “Not bad for a little boy”. He was youthful at heart and spent many hours fishing, hunting and playing ball.

His greatest joy was his grandchildren, Rylan and Amarra. He wanted to visit them daily and was a constant figure at their hockey, soccer and basketball games throughout the province. He was known as “Grampie” to many young friends.  No matter how old Kim was, Linwood continued to share with his daughter “Dad’s words of wisdom”. He adored his son-in-law, Cy, who was the only one he ever trusted to prepare his annual tax return.

Besides being predeceased by his parents, waiting for him to throw a game of horseshoes, is his brother, Neil Feindel.

Special thanks to Dr. Anne Chaisson and the wonderful nurses at South Shore Regional Hospital, who Linwood’s family entrusted to care for him the last 2 months. Thank you, Rebecca Swinimer, for your kindness during Linwood’s last hours. Linwood would not have been able to stay at home as long as he did without his pals and neighbors Gloria C., Ernie, Roger and Peter helping out when needed. The family would also like to thank Howard for his precious final gift to Linwood.

There will be no visitation by request. Service to celebrate Linwood's life will take place at 1 p.m., Saturday, June 4, 2022 in the Royal Canadian Legion, branch 102, Varner Road, New Germany. Rev. David Lutes officiating. Family flowers only please. Donations may be made to Rosedale Home for Special Care, South Shore Regional Hospital, Royal Canadian Legion Branch 102, Alzheimer’s Society of Nova Scotia or the charity of your choice.

Arrangements entrusted to Sweeny’s Funeral Home, #4895 Highway 10, New Germany, where on-line condolences and tributes may be made by visiting www.sweenysfuneralhome.com.