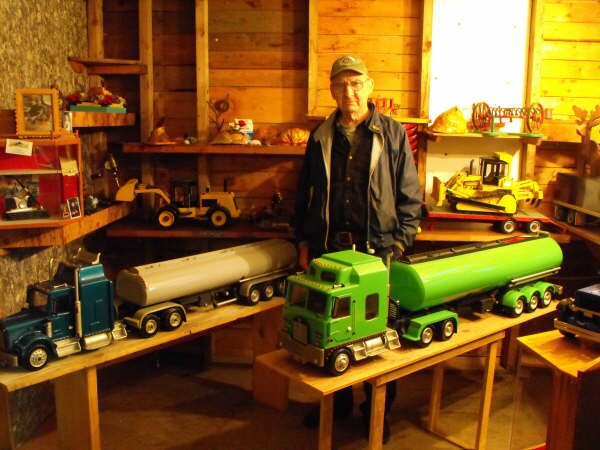 Born on September 14, 1935, he was the son of the late, Leroy and Burnice (Slauenwhite) Croft.

He is predeceased by his wife, Ellen Croft (Landry); brothers, Melvin, and Gary; grandchildren, Matthew, and Tiffany. Also, his “loyal friend and beloved pet” Suzie.

Gerald was a mechanic who owned his own garage for many years. He also was self-employed and worked in the woods as a forester. When he was not working, he enjoyed spending time with his family going on road trips and camping. He enjoyed woodworking as a hobby, he liked to keep himself busy. He made several 18-wheelers and heavy machinery, animals, wishing wells, bird houses, furniture, etc. He could make pretty much anything out of wood, his talents were endless.

We would like to thank Hillsview Acres and Queens Manor staff for their support and care over the years.

There will be no service, but instead a visitation will be held 7-9 p.m., Monday June 13, 2022, in Sweeny’s Funeral Home, 35 York St., Bridgewater. We ask that any donations be made to the SHAID Tree Animal Shelter or a charity of your choice.

Share Your Memory of
Gerald
Upload Your Memory View All Memories
Be the first to upload a memory!
Share A Memory