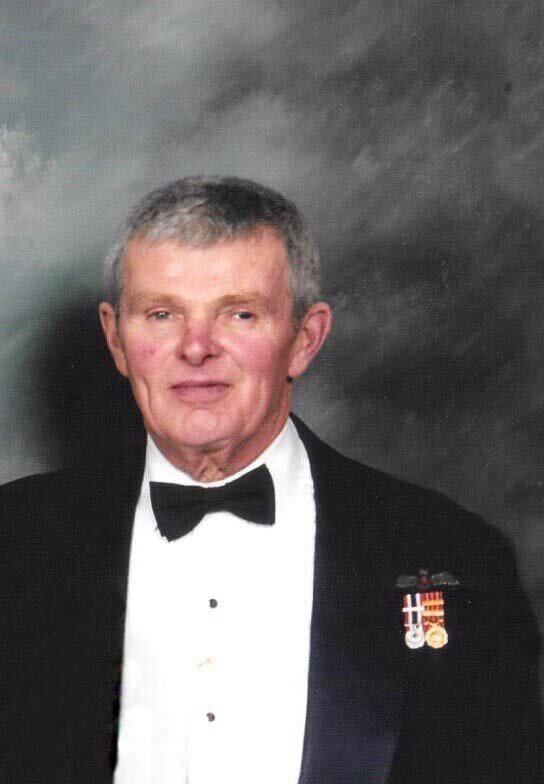 THOMPSON, Gary Keith, Major (Ret’d) - Age 81, passed away on Tuesday, September 13, 2022 in the Victoria General Hospital, Halifax. He is survived by his loving wife of 44 years, Linda (née Reid); children, Scott (Andrew), Vicky (Patrick), Matthew (Jessica) and Lindsay; grandchildren, Duncan, Violet, Connor, Norah and Bennett; and sisters, Cheryl (Tim) and Louise (Wayne). In addition to his parents, he was predeceased by his brother, John and infant daughter, Sherry.

Born in 1940 in Fort William, Ontario, he was the eldest son of Norah (Thompson) Toppozini and Keith Thompson. Heavily influenced by his maternal grandfather and the war industry in his hometown, Thunder Bay, formerly Fort William, Gary (GK) enlisted in the military at the age of 17. He began his 38-year Royal Canadian Air Force career as an AC2 Electronics Technician, serving in Chatham and Zweibruecken Germany. Returning to Canada in 1967, he continued his career, as an officer excelling in the area of Anti-Submarine Warfare (ASW) with Maritime Command. Serving with 404, 405, and 415 squadrons in Greenwood, and an Exchange Posting with the US Navy in Norfolk, VA, he advanced to the rank of Major before retiring from Maritime Command HQ Halifax in 1995.

Gary will be remembered for his love of all sports, especially hockey (Go Canadiens!). Having played throughout his life from Fort William to Greenwood, the highlight of his hockey career occurred while stationed in Germany where he played for the RCAF Flyers Europe, 3 Wing Flyers, and a Brussels Beer Company team consisting of players from many countries. He passed this love of sports to his children and grandchildren, coaching and managing teams, scheduling, running the canteen and delighting in watching his loved ones play.

Gary spent his retirement in Bridgewater, a devoted father and grandfather. He will be fondly remembered as an avid reader, gardener, sportsman, alternating between skating and swimming into his 80s, and traveler, he enjoyed many trips in Canada and abroad with his wife Linda.

A Memorial Service and reception will be held 2 p.m., Tuesday, September 20, 2022 at Holy Trinity Anglican Church, 78 Alexandra Avenue, Bridgewater. Rev. Simon Davies officiating. In lieu of flowers, the family suggests donations in memory be made to the Holy Trinity Anglican Church, Bridgewater, Greenwood Military Aviation Museum, the QEII Foundation Halifax, or a charity of your choice.

Arrangements entrusted to Sweeny’s Funeral Home, 35 York Street, Bridgewater, where on-line condolences and messages may be made by visiting www.sweenysfuneralhome.com.

Share Your Memory of
Gary
Upload Your Memory View All Memories
Be the first to upload a memory!
Share A Memory