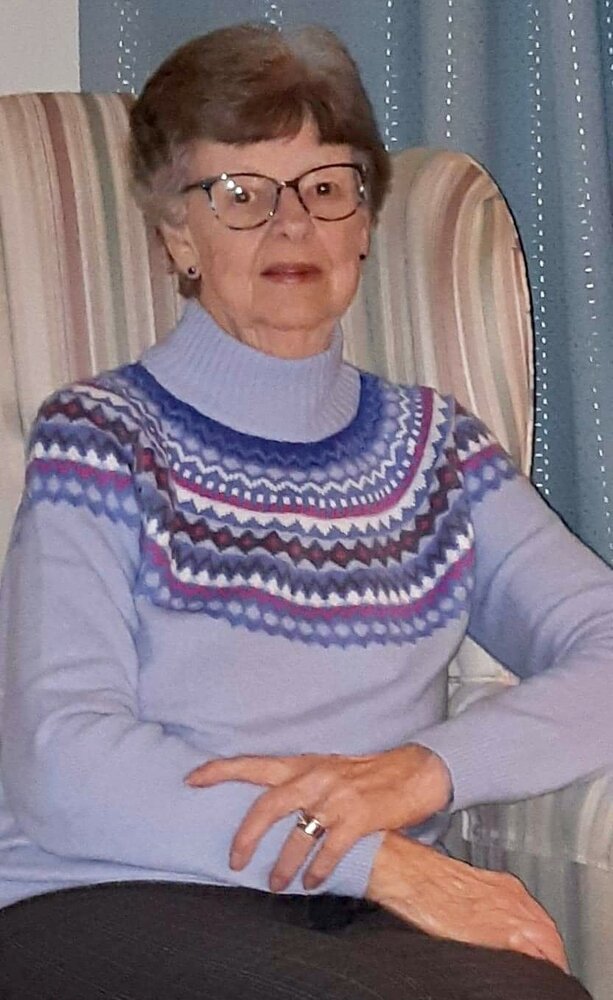 SPENCE (Green) Sharon Elizabeth - Of Bridgewater, 82, passed away at home on September 19, 2022 surrounded by family, after a lengthy illness. Born in Fredericton, N.B., in 1940, she was the daughter of the late Clarence W. (Tim) Green, who was killed overseas in 1941. Sharon was raised by her single Mum, the late Blanche (Jewett).

Sharon graduated from University of King's College (BA). At King’s, enduring friendships blossomed, and a group of 9 couples held reunions every few years beginning in 1990. Together, the group visited Bermuda (twice), Calgary, the South Shore, and PEI. Sharon also received a B.Ed from UNB after her BA. Her first teaching position was in Saint John, where she met Jack, her husband of 57 years. Later, she taught in the Bathurst, Bridgewater, and Lunenburg County school systems.

Sharon was a dedicated volunteer in her community. She volunteered as a board member with VON, spent a term as their chair, and worked in the VON footcare clinics for many years. Sharon also spent time volunteering with Shoreline Galleries. She was an avid lover of good books. She had a good book going in every room in her younger days. She relished her time playing in one bridge club since arriving in Bridgewater–and was known as a “substitute” in many more.

Sharon is survived by her husband, Jack; sons, Jordan (and his partner Alex Taylor) and Joel; grandchildren, Ainslie and Gavin; sisters-in-law, Nancy and Joan; brother-in-law, Doug.

With Jordan and the kids living in Whitehorse, Sharon enjoyed many trips across Canada and to the Yukon, BC, and Alaska–often visiting friends in Calgary on the way. Thanks are extended to Dr. Edmonds, Dr. Colwell, Rev. Neil McEwen, Kim and Erica, the South Shore area palliative care team, and the VON team.

Memorial donations may be made to the South Shore Palliative Care Service or Lunenburg County VON. At Sharon’s request, there will be no funeral service, and a graveside service will take place when close family can gather. Funeral arrangements are under the care and direction of C.F. Sweeny’s Funeral Home, 35 York Street, Bridgewater where on-line condolences may be made by visiting www.sweenysfuneralhome.com

Share Your Memory of
Sharon
Upload Your Memory View All Memories
Be the first to upload a memory!
Share A Memory