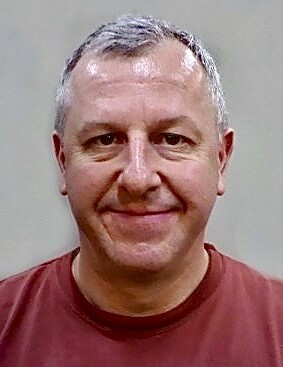 BRUHM, Peter James - of Cookville, Lunenburg Co., passed away suddenly but peacefully at the South Shore Regional Hospital, Bridgewater on Thursday, September 22, 2022 at the age of 62.  Born on November 16, 1959, he was the only child of James and Grace (Oickle) Bruhm, both of whom predeceased him.  He is survived by numerous aunts and uncles, as well as many cousins who have been his playmates since childhood. Upon graduating from New Germany Rural High School and 1978, Peter took a job at Michelin Tires, Bridgewater plant where he remained a valued friend and co-worker until his retirement.

Peter cherished his solitude.  Whether it was the woodlands around his Cookville home, or the lake in front of his cottage at Molega, or the vast trails and campsites of Kejimkujik National Park, Peter found his greatest happiness in trees and water, rocks and sky.  A fishing rod, a canoe paddle, and a pup tent were the tools he needed to make him happy. At the same time, he loved nothing more than a family get-together with a big meal – the bigger the better.  He was a regular fixture at the holiday dinner table of his “second parents,” his Uncle Lawrence and Aunt Helen, whom he visited every day of his recent life, including the day his life ended. He would animate the conversations with good-humoured needling about sports teams – hockey and baseball being dear to his heart – and with some pointed political observations.  In his quiet way, family meant everything to him, not least because his extended family shared with him the love of the natural world. Peter was a self-declared “country boy” who insisted on living simply.

Arrangements under the care and direction of Sweeny’s Funeral Home, 35 York Street, Bridgewater.  A funeral service will be held 11 a.m., Saturday, October 8 at St Andrew’s Lutheran Church, West Northfield. Interment will take place at a later date. The wearing of masks is encouraged. In lieu of flowers, memorial donations can be made to the Maple Grove Cemetery (through Sweeney’s Funeral Home) or the South Shore Regional Hospital. On-line condolences and messages may be made by visiting www.sweenysfuneralhome.com.