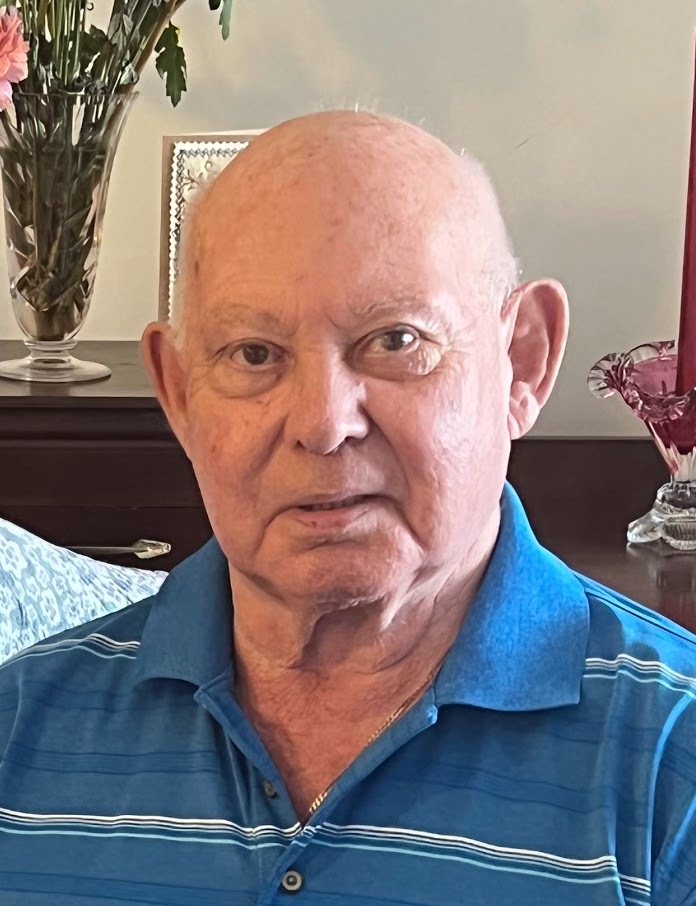 It is with heavy hearts the family of Wayne Hector Tipert, age 80, of Bridgewater, Nova Scotia, announce his passing on Monday, January 16, 2023 in South Shore Regional Hospital, Bridgewater. Wayne was born in Bridgewater on July 24, 1942. He attended Bridgewater High School.

After 3 years of courtship, Wayne married the love of his life, Carolyn MacKay on June 15, 1968 and celebrated 54 years of marriage. Together they had 2 daughters, Kimberley Ann and Leanne Kristen.

Wayne worked as a salesman for Rothman’s of Pall Mall for 17 years. Wayne later went on to work as Foreman for the NS Department of Highways prior to his retirement in 2002. Wayne was not one to allow himself to remain idle, so he filled his time as an excursion tour guide for the passengers of the Atlantic Cruise Lines which docked in Cape Breton.

Wayne had a passion for gardening and cooking; he was especially well known for his pizzas and Chinese Food. He enjoyed basketball, football, fishing and carpentry. Wayne was also actively involved in anything and everything related to Kimmy and Leanne. Wayne racked up a lot of miles as their chauffeur to, and cheerleader at, as many of their sports activities as he could attend. After Kimberley and Leanne moved on, Wayne and Carolyn took on the role as host family; first for international exchange students and then for the Cape Breton Screaming Eagles. Wayne enjoyed his new role as surrogate father to the hockey players. Years later, Wayne relived his youth as a grandfather to Madelyne and Jackson, both of whom gave him a renewed zest for life.

Wayne is predeceased by his daughter Leanne; his brother, Richard and his parents, Joshua Hector and Effie St. Clair (Leggie) Tipert.

A donation has been made to the Maritime Brain and Tissue Bank for research toward a cure for dementia. The Celebration of Life and interment will be held in June 2023. Details to be announced at a later date. Arrangements entrusted with Sweeny’s Funeral Home, 35 York Street, Bridgewater.

The family requests in lieu of flowers, memorial donations dedicated to Wayne’s memory may be given to the South Shore Regional Hospital Auxiliary, 90 Glen Allan Dr. Bridgewater, NS, B4V3S6.

On-line condolences may be made by visiting www.sweenysfuneralhome.com.