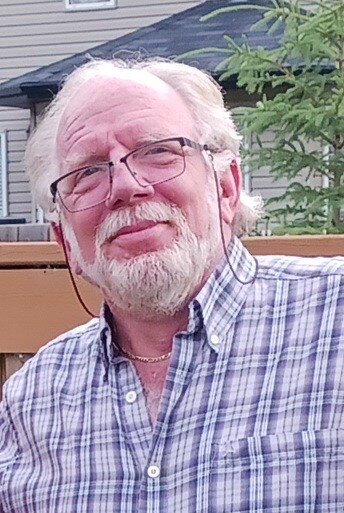 BEDFORD, Christopher “Chris” Stewart – Age 66 of Bridgewater. It is with sadness that we announce the passing of Christopher Stewart Bedford, 66, who passed away suddenly on January 20, 2023, at home, from heart failure. Son of Marjorie Delphine (Rhodenizer) Bedford, and the late Michael Andrew Bedford Sr.

Chris was born in the Halifax Infirmary on December 25, 1956, and grew up in Halifax. He later moved to Bridgewater, where he lived for the past 33 years, settling on the South Shore where his Rhodenizer roots began.

Employed with Crescent Gold & Diamonds jewellery for over 30 years, Chris was a well-known figure as store manager and Certified Diamontologist, at the Bridgewater location. Chris was a very easygoing person, personable and generous with his time, willing to listen to a good story or tell a joke. He was an avid reader, lover of dogs, classic movies, a good glass of scotch, and rock and roll music. He cherished his family and long-time friends and was known for his sense of humour and interest in trying new wines and foods, as well as learning new skills. His love of history and support of his local community was shown by his long-time volunteer service to local heritage groups, such as the Friends of the DesBrisay Museum Society, the Bridgewater Heritage Advisory Committee, and Bridgewater Lions Club, where he held numerous executive offices.

According to his wishes, cremation has taken place. A Celebration of Life will be held at a later date. Arrangements have been entrusted to Sweeny’s Funeral Home, 35 York Street, Bridgewater. In lieu of flowers, memorial donations may be made to the South Shore Health Foundation, or a charity of your choice. Online condolences and donations may be made by visiting www.sweenysfuneralhome.com.

Share Your Memory of
Christopher "Chris"
Upload Your Memory View All Memories
Be the first to upload a memory!
Share A Memory