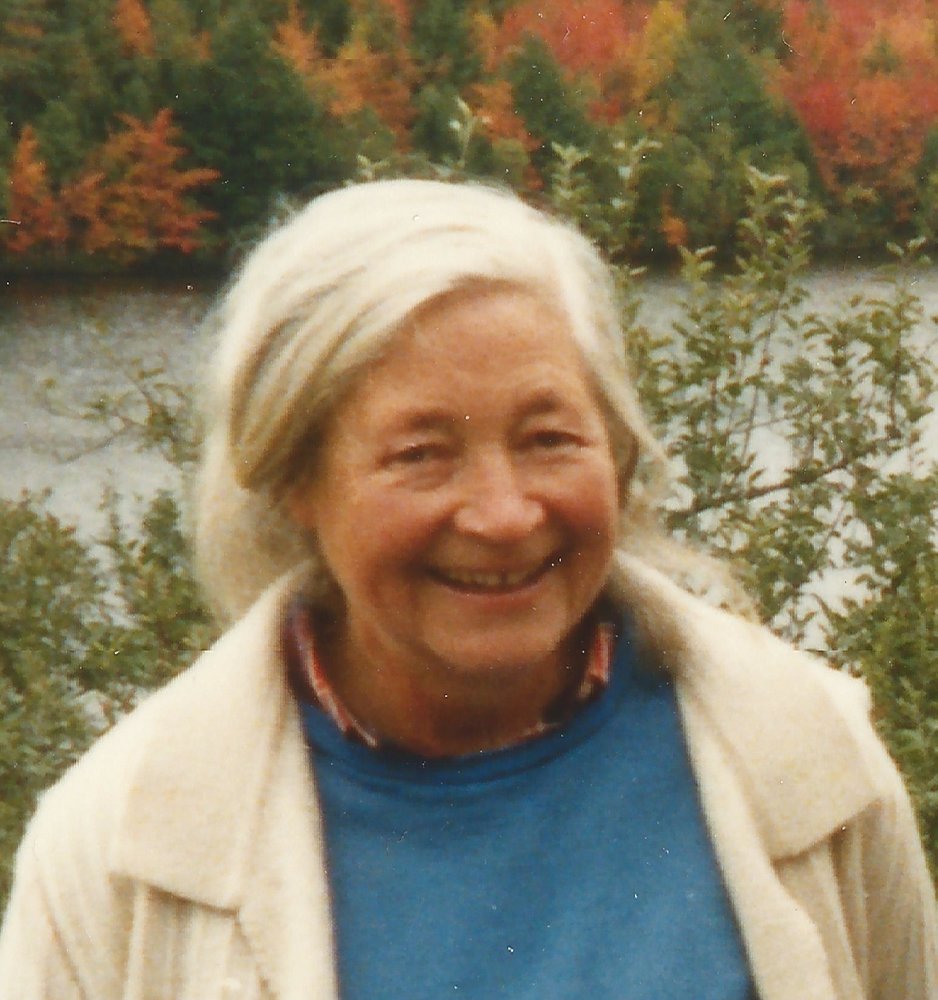 REICHMANN WOLTER, Edith – Age 93 of Middle Lahave, passed away on March 20, 2020. Born in Cologne, Germany on May 8, 1926 to Rudolf and Anna Maria Kunigunde Reichmann, she was predeceased by her parents;  husband, Helmut Wolter; brothers, Rolf and Karl; nieces, Gabriele and Esther.

She is survived in Germany by niece, Ruth and family, and Esther’s family. In Canada, she leaves Helmut’s children, Michael (Wanda) and Simone (John); as well as grandchildren, Andreas, Tomas, Mattias, Maria, Tobias, Sarah, Jennifer, and Kaitlin.

As a young woman, Edith set off for New York City after studying journalism and photography in Munich. She loved living in Greenwich Village in the 1950s and 60s and had an exciting career in publishing with Harcourt Brace. While based in New York, she travelled around the U.S. in her VW station wagon, often sleeping under the stars.

She travelled the world, striking up new friendships as she went. In 1972, she packed up her New York apartment and moved back to Germany to marry Helmut. Within two years, the family was on the move. A planned immigration to Australia made a sharp detour to a dairy farm in Clarenceville, south of Montreal. For the next thirteen years, Edith and Helmut nurtured Riverside Farm and its herd of Holsteins.

By 1987, they were ready for a new adventure. They headed first to Bush Island on Nova Scotia’s South Shore and a few years later moved to Middle LaHave where they lovingly restored an old home. They dove into volunteering and meeting new friends. Many happy times were spent at the Desbrisay and Fort Point museums, with the Red Cross, and the local Historical and Photographic Societies. Edith’s photography and editing skills were put to great use on a number of books about the South Shore, including the “Historic LaHave River Valley”.

During the past year, Edith resided at Shoreham Village, where she was cared for with great skill and compassion. The family would like to express gratitude for the superb care given to Edith. Cremation has taken place. A private family gathering will take place later this spring. As a lover of nature and animals, donations in Edith’s memory may be made to benefit either. Or, you may plant a tree or a flowering shrub, which Edith always did when someone close to her passed on. Funeral arrangements are under the care and direction of Sweeny’s Funeral Home, 35 York Street, Bridgewater.  On-line condolences may be made by visiting www.sweenysfuneralhome.com

Share Your Memory of
Edith
Upload Your Memory View All Memories
Be the first to upload a memory!