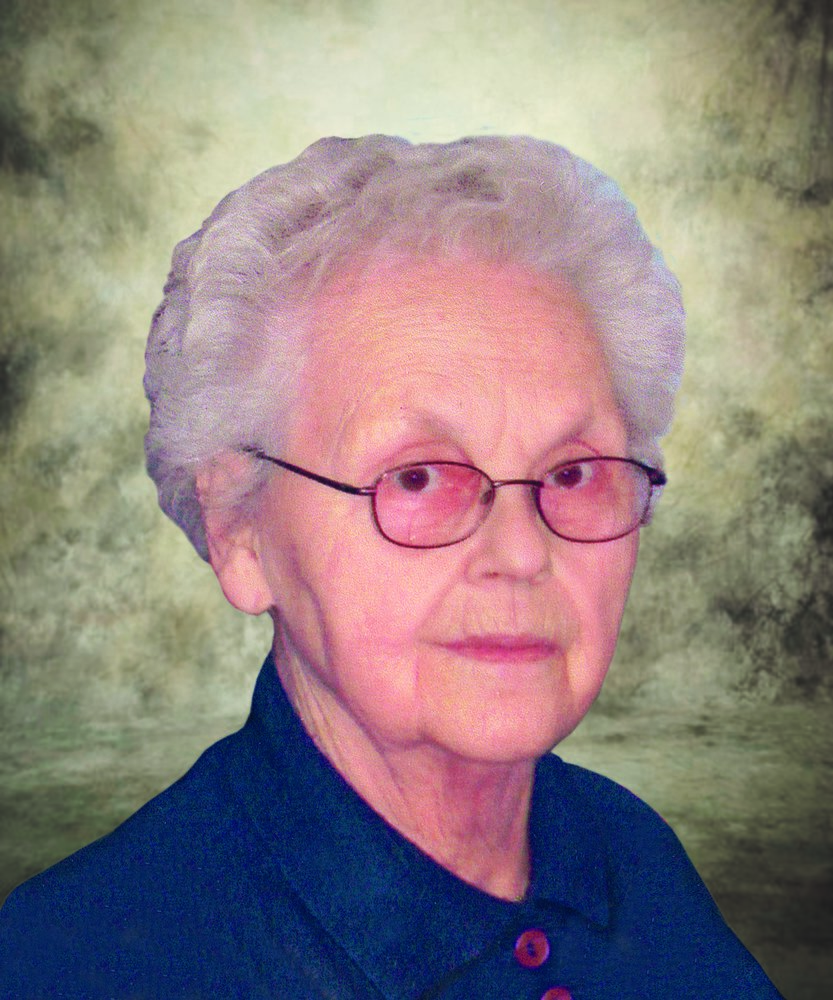 FREEMAN, Alean Therese - Age 93 of Greenfield, passed away peacefully on June 11, 2020 in Queens General Hospital, Liverpool with her children at her side.

Born in Greenfield in 1926, Alean was the third child of the late Harry Sr. and Leda (Wile) Freeman. Her early schooling took place in Greenfield, followed by Grade 11 in Liverpool and Grade 12 in Bridgewater. She received her teaching diploma from Nova Scotia Normal College in Truro and later upgraded her license at Dalhousie University. She taught briefly in Milton and Liverpool, but the majority of her career was spent in her beloved two room schoolhouse in Greenfield where she taught Grades Primary through Three from the 1950’s to the mid-1980’s.

In 1951 she married the love of her life, Lincoln A. Freeman, of Buckfield, and they built a home in Greenfield close to her parents where they raised their own family.

She touched and inspired many through her teaching and community involvement and is fondly remembered by students for instilling in them a love for learning. She was committed to making sure the children of her village excelled. Besides the regular curriculum she also taught her students art and music, the result of the latter being numerous Kiwanis Music Festivals wins in Liverpool. She staged productions for school Christmas concerts and church pageants and served for many years as the Greenfield United Baptist Church organist, choir director and choir member. She loved taking her keyboard to senior facilities where she would entertain them through her playing of hymns and singing. She was also the accompanist for the Greenfield Men’s Quartet and an active member of the Greenfield seniors group, the Jolly Ponoquers.

She was predeceased by her husband, Lincoln, who passed away in 2007 after a decade-long illness during which she was his major care giver. Also predeceased by sister, Roxie, and brothers, Walter and Harry Jr. She is survived by her son, Darrell (Michael Dean), of Greenfield; daughter, Cheryl Craft (Joel), of Middle Sackville; grandsons, Ian Craft, of Middle Sackville and Evan Craft (Calandra), of Lindsay, Ontario; great grandsons, Lincoln and Clayton, also of Lindsay.

The family would like to thank the nurses and doctors at Queens General Hospital for their support and kindness, the Queens Home Support group, the Care Coordinators, VON and Carolyn Hudson, all who provided valuable assistance to Alean that enabled her to live in her home until just shortly before her passing.

Cremation has taken place, and according to her wishes, there will an immediate family only graveside committal service at a later date. Donations in her memory can be made to the Greenfield United Baptist Church, Greenfield, Queens County, Nova Scotia. Funeral arrangements are under the care and direction of Sweeny’s Funeral Home, 35 York Street, Bridgewater.

Share Your Memory of
Alean
Upload Your Memory View All Memories
Be the first to upload a memory!