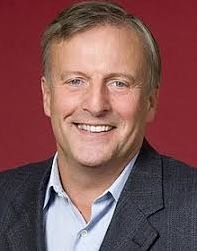 RAMSAY, David James - died in Halifax, NS on Wednesday July 29, 2020 after battling congestive heart failure. He was 72 years old. David was born in Sydney, Australia in 1948. He was adopted and moved to Canada in 1949. He grew up in Oakville Ontario with his sister, Jill Ramsay and his parents, Audrey Elizabeth Ramsay (Reid) and Ronald James Ramsay. David attended Concordia University in Montreal. Upon graduation he married and moved north to a farm outside New Liskeard, ON. In 1985 David was elected into Ontario provincial politics - first for the NDP and then the Liberals. He served as an MPP for 26 years. He held several Ministries including Correctional Services, Agriculture & Food, Aboriginal Affairs and Natural Resources. In 2011 he retired and moved to Chester, NS to live closer to his grandchildren and to further explore his love of sailing. In his retirement he enjoyed many travels with his beloved wife including winters sailing in The Bahamas. David was always curious, adventurous and had a great sense of humour. He will be sadly missed by many friends and colleagues in Ontario and Nova Scotia. While he was well known by many for his political career, he is best known as a loving husband to Kathy, father to Michael, Danielle and Erin and a grandfather to Isaac, Cameron, Riley and Abbey. Funeral arrangements are under the care and direction of Sweeny’s Funeral Home, Bridgewater. On-line condolences may be made by visiting www.sweenysfuneralhome.com

Share Your Memory of
David
Upload Your Memory View All Memories
Be the first to upload a memory!