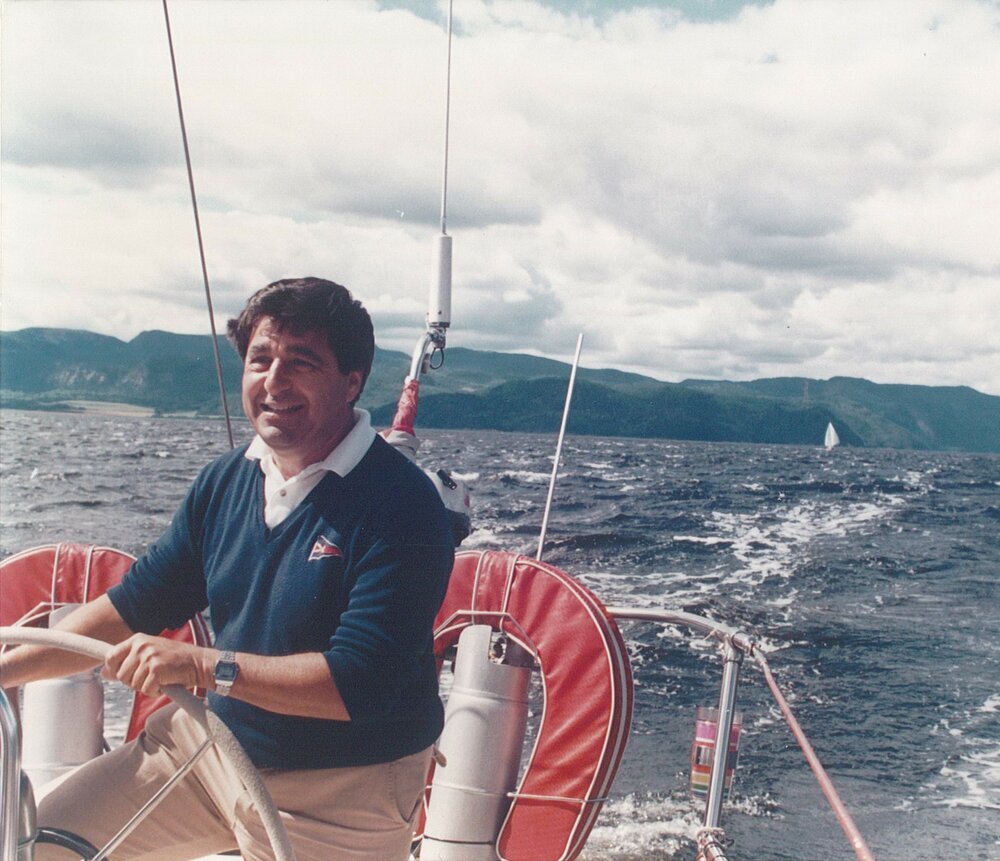 MORRISON, Kenneth Andrew - It is with great sadness that we announce the passing of Kenneth Andrew Morrison, born in Montreal October 20, 1935 - died March 23, 2022 at the South Shore Regional Hospital, Bridgewater, Nova Scotia, after a courageous battle with pancreatic cancer. He leaves behind his devoted wife, Eileen (nee Ryan) and loving son, Douglas; also his aunt, Lise Lutfy and many cousins.

While living in Montreal, Ken worked as a chemist and computer consultant at Ayerst Laboratories and was involved in numerous activities - tennis, Canadian Ski Patrol and Canadian Ski Instructors Alliance. In 1962 he revived a childhood love of boats and sailing when he joined the Royal St. Lawrence Yacht Club. He immediately became immersed in the Club Racing Program as crew and later raced his own boat. It was his great pleasure to serve as Commodore in 1994 and 1995. He was recently awarded a lifetime membership.

In 1998 Ken and Eileen left the big city for the rural tranquility of Broad Cove, Lunenburg Co., Nova Scotia. Here his interest in Community led him to volunteer with the South Shore Health Advisory Board, the United Communities Fire Department and the Broad Cove Community Association. He continued racing at the Lahave River Yacht Club and was also a member of the Bridgewater Curling Club and most recently the Lunenburg Curling Club.

A special thanks to Dr. Edmonds and the staff of the South Shore Regional Hospital for the exceptional care given to Ken.

Funeral arrangements are under the care and direction of Sweeny's Funeral Home, 35 York Street, Bridgewater. A private funeral will be held at a later date. Donations in Ken's memory may be made to the Souls Harbour Rescue Mission or the Canadian Cancer Society (Nova Scotia Division). On-line condolences may be made by visiting www.sweenysfuneralhome.com

Share Your Memory of
Kenneth
Upload Your Memory View All Memories
Be the first to upload a memory!
Share A Memory