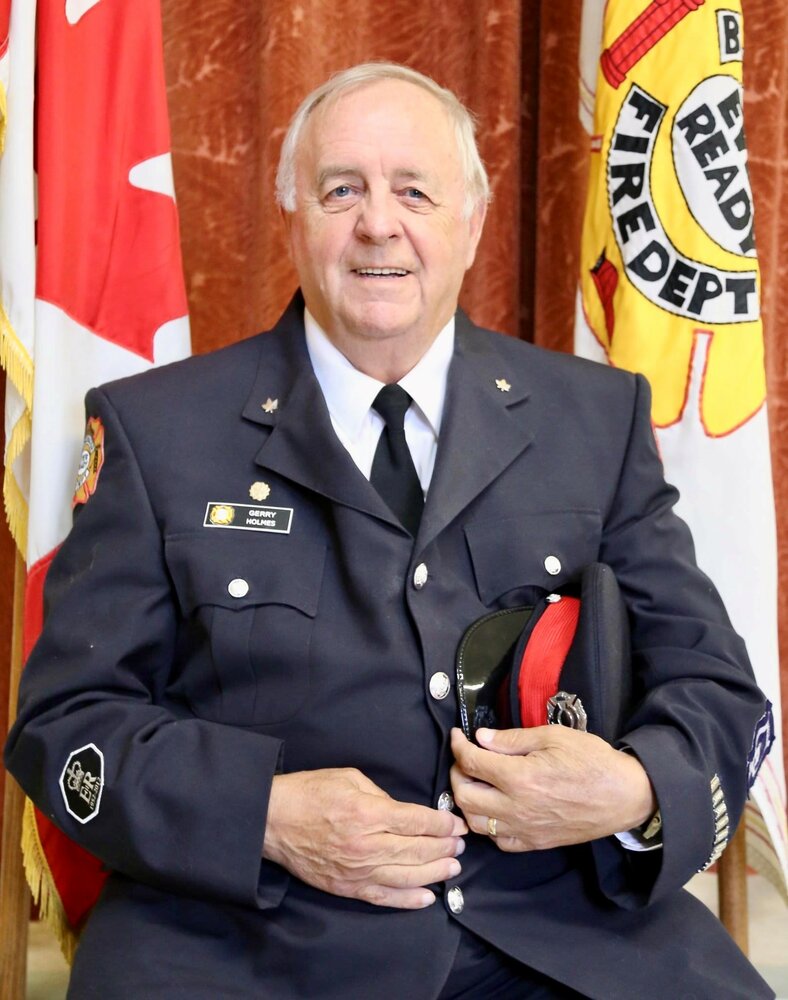 HOLMES, Gerald “Gerry” David – It is with great sadness that the family announce the passing of Gerry David Holmes, age 84, of Bridgewater on August 16th, 2022.  Gerry was born and raised in Shelburne and was the son of the late Sherlock and Pauline Holmes.  Besides his parents, he was predeceased by his son, Christopher and his brothers, Donald and Jimmy.  He was also predeceased by his father-in-law, Albert Parsons and his sister-in-law, Margaret Holmes.

Gerry would always strive for success and did things to the best of his abilities. He started his career working as a linesman and worked his way up to Management with Maritime Tel and Tel, serving for 31 years in Shelburne, Bridgewater and Halifax. After leaving MT&T, he purchased the Petro Canada service station on Dufferin Street, Bridgewater and embarked on a new career of his own. Over the next 28 years, Gerry established a reliable, dependable, and successful business. Also, during this time, he purchased a Christmas tree lot in Hemford. The station doubled as a place to get your car serviced and purchase your Christmas tree in December. The Christmas tree lot became his pride and joy; an endeavour he continued long after his retirement. For many years, his family met there in November for an annual “Christmas tree day” where they would walk around the lot, claiming and tagging the perfect tree, and enjoying a meal together around the campfire. He was so proud to show off the trees he had spent years pruning.

Gerry was very active in the Boy Scout movement and made it a part of his life for 30 years. He held all posts in the organization including District Commissioner from 1970 to 1975 and was a qualified Provincial Trainer. Many years were spent at campouts at Mush-a-Mush Scout Camp. Gerry had a real love of the outdoors and enjoyed many hobbies that took place in nature. He was a qualified scuba diver and an avid sportsman who enjoyed hunting and fishing – trout angling being his favourite. He loved metal detecting (best find was a diamond ring) and collecting antique bottles. Gerry was passionate about and excelled at carving and painting duck decoys and birds of all species.

Gerry also had a love of music, and his endeavors include membership in the Shelburne Citizens Band; member of the Lunenburg Citizens Band and he was a member of the Bridgewater Fire Department Band for over 50 years. His instrument of choice was the trombone. He travelled with the Band to England in 2011 and to Ottawa for the Canadian Fallen Firefighters Memorial in 2013. In 2018, he was one of the recipients of the Sovereign’s Medal for Volunteers presented to him by the Lieutenant Governor of Nova Scotia – The Honourable Arthur J. LeBlanc.

Gerry was a past member of the LaHave River Yacht Club; the Bridgewater Curling Club and the Mic Mac Rod and Gun Club.

Funeral arrangements are under the care and direction of Sweeny’s Funeral Home, 35 York Street, Bridgewater. There will be no visitation by request. Service to take place 2 p.m., Tuesday, August 23, 2022 at the Bridgewater Baptist Church, 564 Glen Allen Drive, Bridgewater. In lieu of flowers, donations may be made in Gerry’s memory to the South Shore Regional Hospital, Diabetes Canada or a charity of choice.  Online condolences may be made by visiting www.sweensfuneralhome.com.

The service will be live-streamed and available on-line at www.bridgewaterbaptist.com/youtube immediately following the service.

Share Your Memory of
Gerald "Gerry"
Upload Your Memory View All Memories
Be the first to upload a memory!
Share A Memory