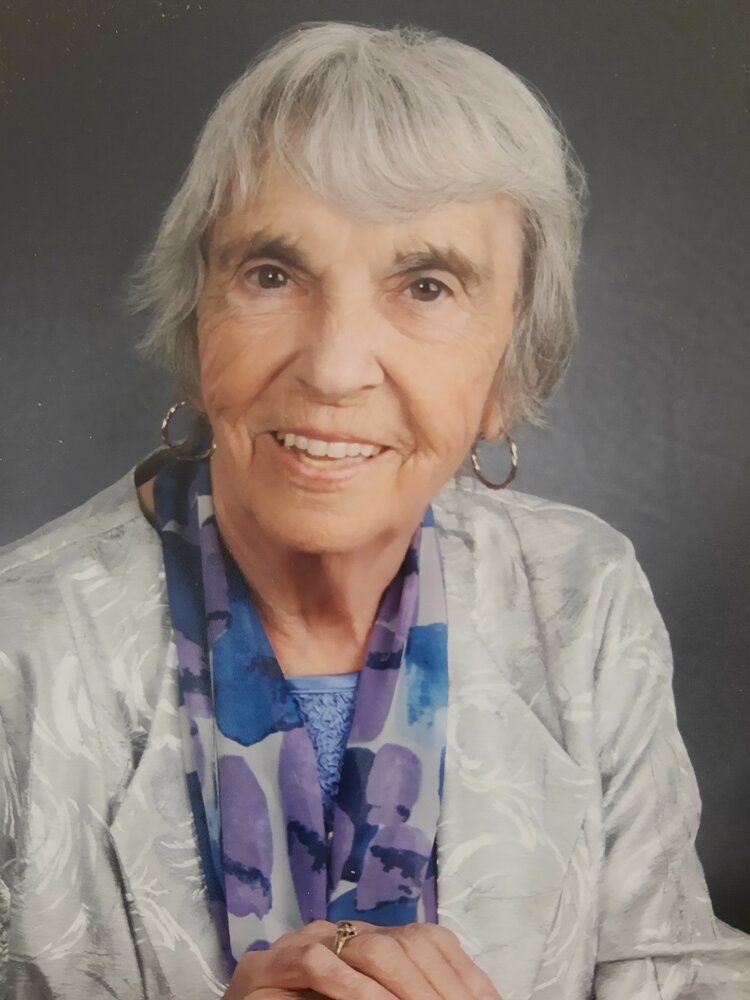 TOWNSEND (DROVER), Sarah Muriel - 91, of Bridgewater, NS passed away peacefully in her sleep on August 24 at Roseway Hospital (Shelburne), surrounded by her loving husband and her daughter. Born in Sunnyside, NL, she was the daughter of the late Leander and Alfreda Drover.

She was the last surviving member of her immediate family, having been predeceased by her ten brothers and sisters; Albert (Elise), Raymond, Kitchener (Anne), Michael, Leander, Gladys, Amelia, Alice (Tom), Florence, and Ethel (Reid). She is survived by her loving husband of 71 years, George, and her children; Heather (Frans), Cindy (Darren), Yvonne (Paul), and George (Kerrie). Her grandchildren; Daniel, Sarah, Jennifer, Christian, Diana, Luke, Ben, Emma, and George; and her great-grandchildren, Owen, Ethan, Liam, Brody, Hudson, Mariah, Joslin, Dominique, and Noah. She is also survived by her beloved nieces and nephews, who she adored and the many in-laws who had the privilege to also call her Nanny.

Sarah, to her Newfoundland family, and Muriel, to her Nova Scotia family, was born in 1931 in Sunnyside, Newfoundland, and immigrated to Nova Scotia in 1948 where she met and fell in love with her adoring husband George. In her early days, she sold Avon and could be found making sales calls in her bright red 1941 Ford Sedan. She also worked at the Dominion Store in Halifax and later, after moving to Bridgewater, helping out at the kitchen at the community college. She was a member of the ACW at Holy Trinity Anglican Church, but her true callings were maker and keeper of family memories, professional candy thrower at the Townsend Family Reunions, and World Champion in SkipBoo. She was our everything and will be missed more than words can ever say. The family appreciates the support of Pastor Fran and Rev. Simon at Holy Trinity Anglican Church for their support during this very difficult time.

Arrangements are under the direction of Sweeny's Funeral Home, Bridgewater. There will be a memorial service held on Saturday, September 3 at 1p.m. at Holy Trinity Anglican Church, 78 Alexandra Ave. in Bridgewater. A private graveside service will be held at a later date. In lieu of flowers, donations can be made to Holy Trinity Anglican Church or a charity of your choice. On-line condolences may be made by visiting: www.sweenysfuneralhome.com

Share Your Memory of
Sarah
Upload Your Memory View All Memories
Be the first to upload a memory!
Share A Memory