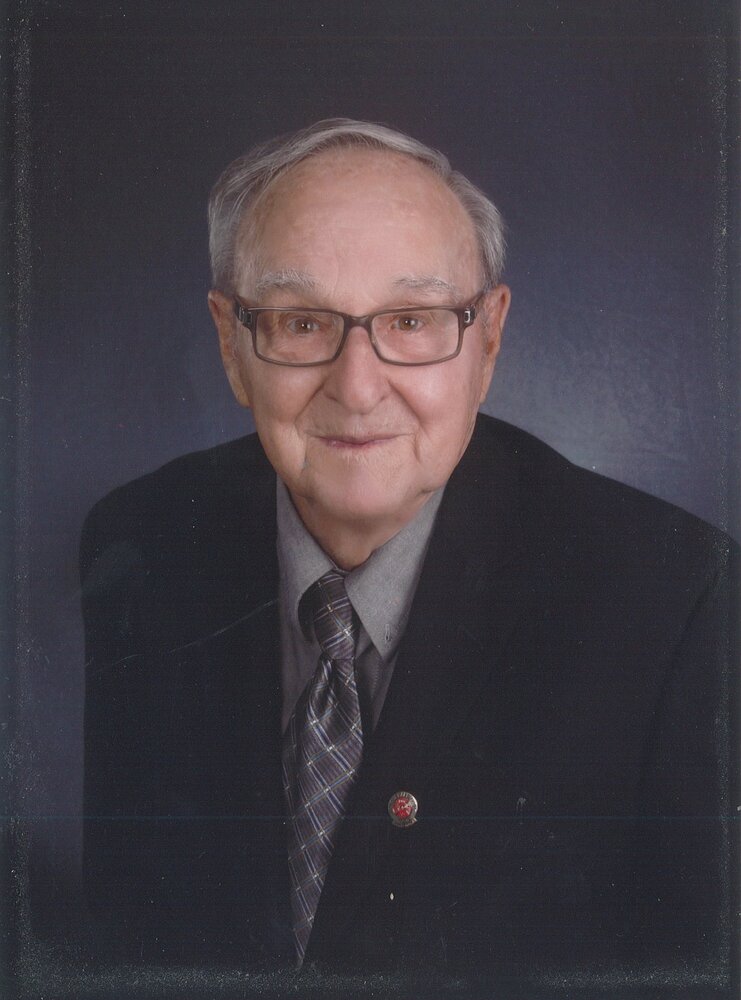 Haughn, Willard Aubrey - Age 98 of Bridgewater, passed away January 13, 2023, in South Shore Regional Hospital, Bridgewater. Born in Pleasantvilleon June 14, 1924, he was a son of the late Aubrey and Mildred (Richard) Haughn. Willard is survived by his daughter, Janice (Winston) Wagner, Maitland; son, Keith (Sharon) Haughn, Hebbville; grandchildren, Erin (Matthew) Wagner, Conquerall Bank; Jason and Cole Haughn, both of Bridgewater. Besides his parents, Willard was predeceased by his wife,Florence, and brother, Melvin.

Willard grew up in Pleasantville and when he married, he moved to Conquerall Bank where he became a member of the fire department and in later years was made an honorary member. He worked as an auto mechanic all his working life and after he retired from Fairway Chev Olds, he dedicated his time to looking after his wife until her passing. When he could no longer stay in his home, he moved to Pineview Apartments where he met and made many new friends, who were like family. This was especially true during Covid when visits were limited. His favourite TV show was "Last of the Summer Wine", and you could hear his laugh all the way down the hall.

A memorial service will be 2 p.m., Monday, January 23 in Sweeny's Funeral Home, 35 York Street, Bridgewater. The family asks that masks be worn during the service. Memorial donations may be made to Holy Trinity Church, Bridgewater, South Shore Regional Hospital, or a charity of choice.

Arrangements entrusted to Sweeny's Funeral Home, Bridgewater, where on-line condolences may be made by visiting www.sweenysfuneralhome.com.

for their care and the compassion, they showed.

Share Your Memory of
Willard
Upload Your Memory View All Memories
Be the first to upload a memory!
Share A Memory